Russo-Ukraine war: The sanctions are intended to inflict financial pain on Putin and his regime to stop the Russian war machine as it seeks to subjugate a democratic European country, the UK said. 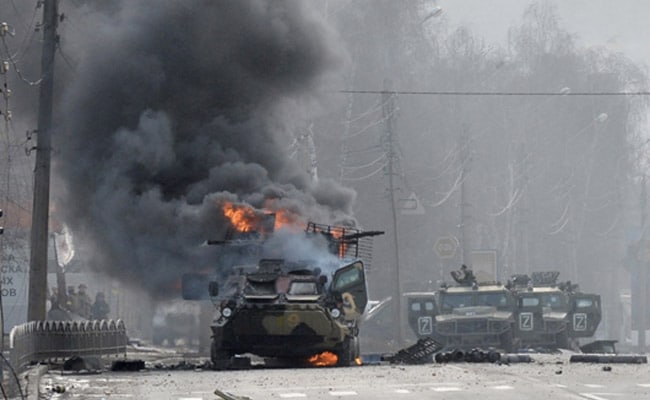 But he also denied that regime change is the main goal after Britain, the United States and the European Union took tough measures against Putin, apparently backtracking at a daily briefing.

“The measures we are offering, which are being offered by large parts of the world, are to bring down the Putin regime,” the spokesman said on condition of anonymity.

“We have imposed sweeping sanctions, we aim to inflict financial pain on Putin and his regime to stop the Russian war machine as it seeks to subjugate a democratic European country,” he said.

But pressing on the broader goals of the sanctions campaign, the spokesman said: “We are not asking for anything in terms of regime change.”

“What we’re talking about here is clearly how we stop the demand to subjugate Russia to a democratic country. That’s what the message has been throughout.”

A crash course in the fight for Ukraine’s men who never...

Russia bans airlines from 36 countries including Britain and Germany