Home World "We will win": Message from the former Miss Ukraine "inspire people" 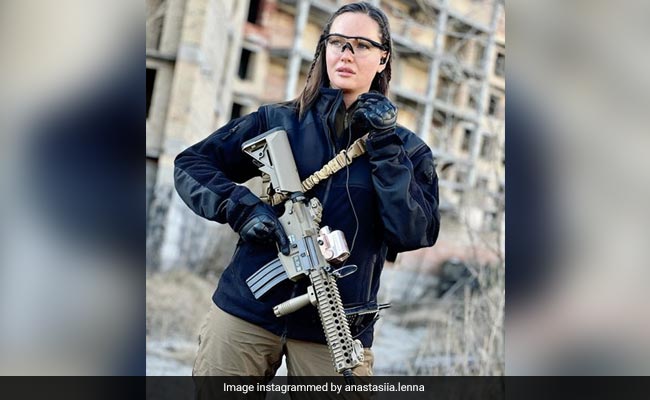 Former Miss Ukraine Anastasia Lena said she felt the need to speak up because of the current situation.

Former Miss Ukraine Anastasia Lena, who joined forces to fight against Russia, has now shared a video of the wartime bombing. He has also written a detailed note in support of Ukraine which is fighting the Russian invasion.

The first line of his note, shared on Instagram, read, “I am not a military, just a human.” The former beauty queen said that she felt the need to speak up because of the current situation. “I am not a soldier, just a woman, just a normal person. Just a person, like everyone in my country,” she wrote.

Clarifying her previous photos with a gun, she said, “I’ve also been an airsoft player for years. You can google what airsoft means.”

Ms. Lena hoped her profile pictures would inspire people. She said that she does not want to do any “publicity”, but shows people that Ukrainian women are strong, self-confident and powerful. “I appreciate all the support to our country… We fight against Russian aggression every day. We will win,” the post read.

He has also urged to stop the war on social media platforms. “We can stop this all together,” she wrote.

The video has been viewed more than 4 lakh times so far.

Earlier, the former Miss Ukraine shared her pictures with a gun in her hands.

Anastasia Lena represented Ukraine at the Miss Grand International pageant in 2015. He is a Marketing and Management graduate from Slavistic University in Kyiv.

Ukraine fears 300 dead in Mariupol theater strike as Biden in...

The Role of Turkish Drones in the Battle of Ukraine