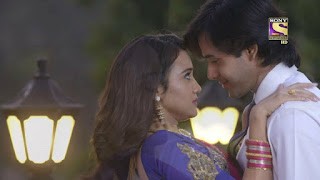 We are part 7 together

Thanks Reena for the beautiful edits.

All couples packed homemade food and snacks and set out for sightseeing.

Suddenly Sameer pulled Naina closer to him. She was stunned. 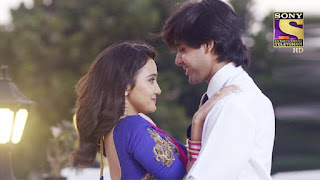 Swati held Manoj’s hand and looked at the beautiful place. 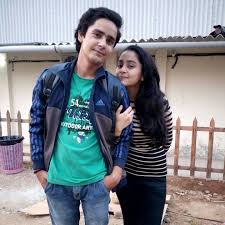 She laid her head on his shoulder. 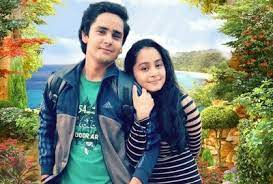 Manoj looked deeply at Swati with his soft, romantic eyes. She got shy.

Sameer and Naina were feeling romantic about the cool weather. They came towards each other and put their foreheads together. They closed their eyes as they felt this moment.
Yah Pyar Ka Sawan Aaya Hai,
Sang Preet Ka Mausam Laaya Hai, 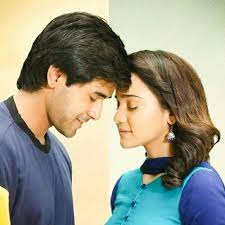 Manoj and Swati had cotton candy and enjoyed. 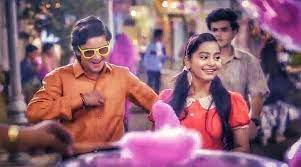 Sameer picked a flower and decorated Naina’s hair with it. 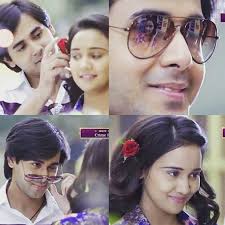 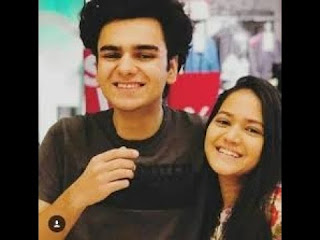 PANDIT stretched out his arms to her. She smiled.

Excitedly he held Preeti’s hand and spun her around.

Sagar and Anjali enjoyed themselves on the beach. 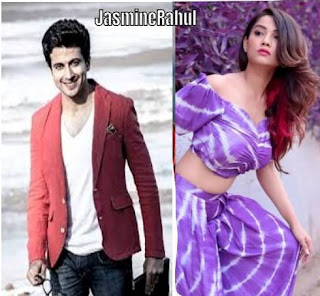 They all went to their respective rooms. Suddenly the electricity went out.

Anjali: Away from lights. I can’t see my series.
Sagar: Good that the electricity is gone. This allows us to spend time together.
Anj: What do you mean?
Sagar stood romantically next to Anjali: I meant we can make this darkness beautiful through our romance.
she blushed. 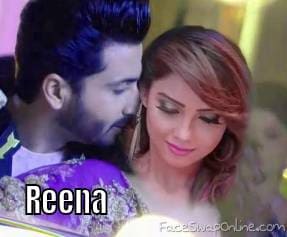 Sameer thought:Naina is afraid of the dark.Oh no..
He rushed to Naina’s room. The moonlight flashed. Naina was still scared.
Sameer saw her in a dim light. He went to her and held her hand.
She got scared: Who is that?
Sameer: ​​Fear not, Naina… Your Sameer is here.
She was relieved.
Sameer: ​​Sit on the bed. I will light the candle.
She went to the bed. While walking, she slipped and fell.
She screamed: Sameer!
Suddenly she could see light. In the light she could see Sameer holding a lit match and sitting next to her.
Sameer: ​​Don’t worry. I am only here.
He lit the candle. She was relieved. She got up.
Sameer: ​​You fell. Your back must hurt. I will massage your back.
NAINA: No. It was an easy fall.
Sameer: ​​You are a doctor. But now I’m your doctor. Sit down. I will massage
NAINA: But Sameer…
Before she could resist, he began massaging her back. She felt a magical feeling flow through her body.
Both lost control and, oblivious to themselves, came closer. She was lying on the bed. He was almost on top of her. They slowly looked at each other sweetly.
Suddenly the light came on.
Sameer: ​​I hope your back is fine now.

Naina blushed: Your touch had magic on my body.
He smiled.
Sameer: ​​I hope now that the light has returned you will feel comfortable here. i can go back Right?
She nodded. 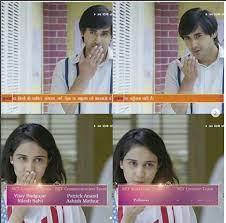 Pandit and Preeti chatted and enjoyed themselves.

Preeti laughed when she heard Pandit’s joke. Pandit was lost in her smile. 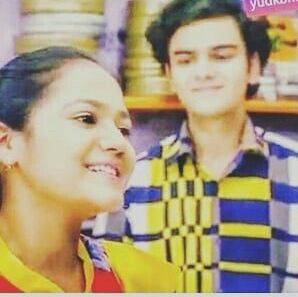 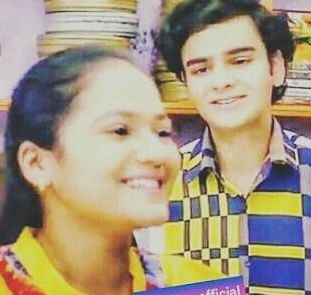 Pandit: Preeti… can I tell you something?

Preeti looked at him: Tell Pandit…

Pandit: I want to tell you something. 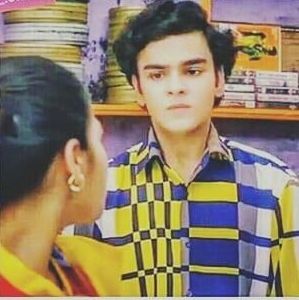 I mean… my heart tells you something.

She smiled: what does your heart say?
PANDIT: As if you didn’t know. I know you read my eyes well.
She smiled: But I want to hear it from your mouth.
PANDIT smiled.
PANDIT: Preeti…Will you be my Rukmini? I want to marry you and spend my whole life with you.
She blushed: Yes.
PANDIT jumped with excitement and carried her around in his arms. Its leg hit a pot and it fell, crashing. All other couples heard and followed the sounds while PANDIT-Preeti continued their sweet romance. Suddenly they saw the other couple standing on the opposite side watching them. PANDIT dropped them.

They were embarrassed and nervous. 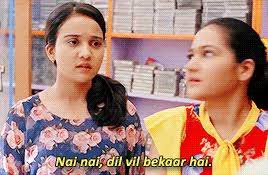 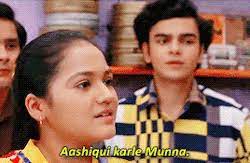 Suddenly Pandit said: I will say.

Preeti looked at him.

Pandit: They’re all staring at us like we’ve committed a crime.

Pandit and Preeti smiled at her in embarrassment.
Suddenly everyone laughed.
Manoj: Tomorrow we all return home and inform our parents about it.
Anjali: Next is the engagement of PANDIT and Preeti Bhabhi.
PANDIT-Preeti blushed. 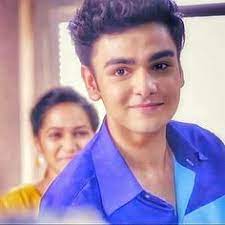 The engagement feature of PANDIT-Preeti…. 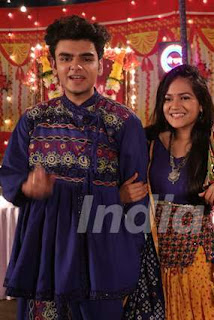 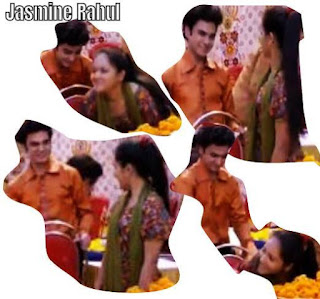 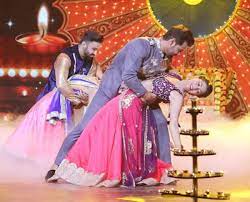