Samantha Bates hit a six in the last game.

Western Australia will take on South Australia in the Australia Women’s ODI series on Tuesday at the Karen Rolton Oval in Adelaide. This will be the second match of the tournament for both the teams. They played their first match against each other on 27 February itself.

Chasing a target of 229 runs in 47.5 overs, South Australia won the previous match by two wickets. They will be looking for a similar result in this game while Western Australia will be eager to open their account.

The pitch is likely to help both batsmen and bowlers alike in this game.

Read also: Stats: Teams with most wins against an opponent in T20Is

mathilda carmichael Scored 75 runs in 83 balls in the last game. He had hit eight fours in that match. His score helped Western Australia post a total of 228 for the loss of eight wickets on the board.

Samantha Bates Had a great run in the last game as she managed to pick up a fifer. He conceded 46 runs in ten overs.

Emma de Brough Opened the innings for South Australia in the last game. He scored 58 runs in 87 balls in that game. She was the highest scorer for her team and South Australia won the match by two wickets. 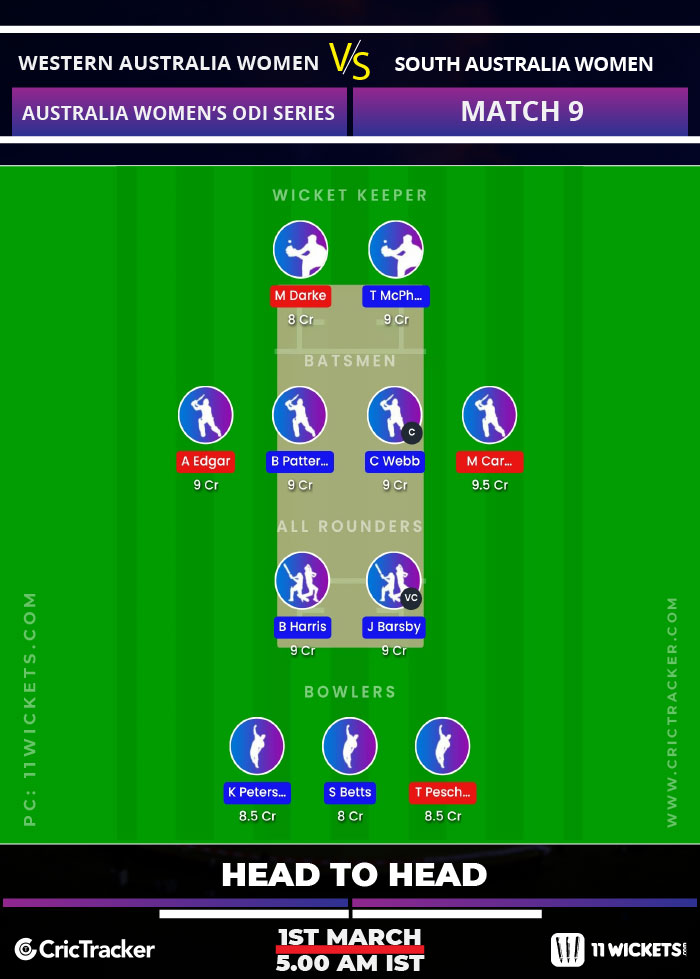 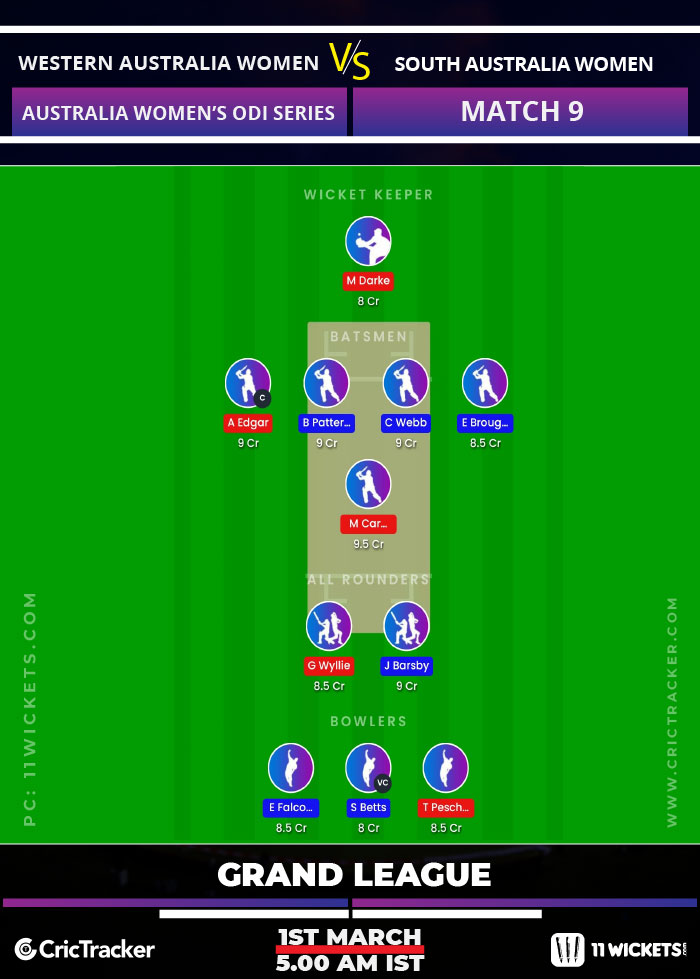 ‘Opening with Shikhar Dhawan will be great’