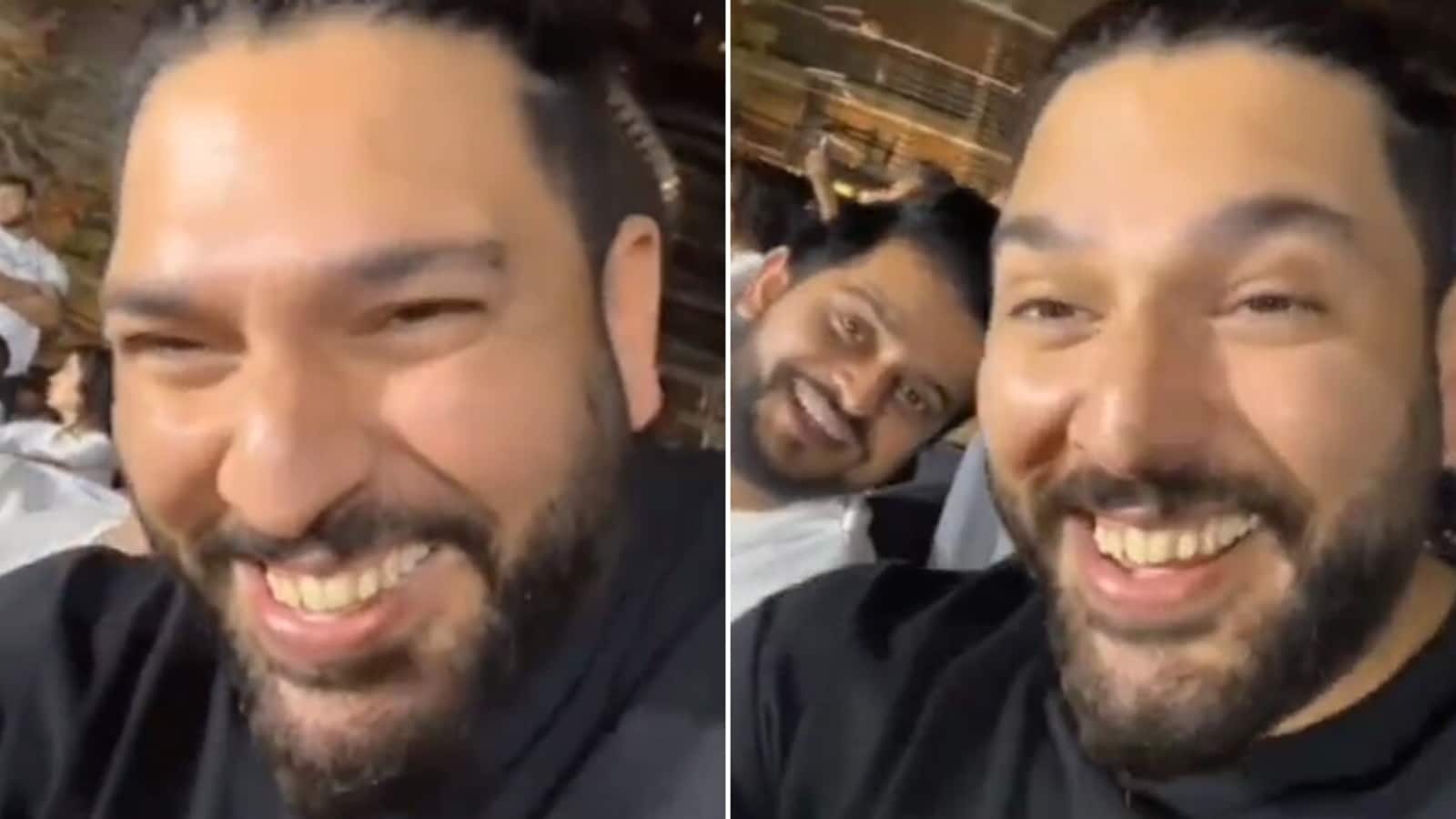 Everytime Chennai Super Kings and Mumbai Indians, IPL’s two most successful franchises meet, there is so much euphoria surrounding the match. The El Clasico of the IPL, as most people put it once again played out a memorable match Thursday evening despite there being not much to play for. With MI already eliminated from the Playoffs race this season, CSK still had an outside chance, but with a five-wicket defeat, historically the two best IPL teams of all time are no longer in contention. (Also Read: MS Dhoni wins hearts with special gesture towards Mumbai Indians players, support staff after IPL 2022 match,

Still, there was a lot to take away, most prominently, CSK’s abject batting collapse, which saw them get bowled out for 97 against MI. The result caught everyone’s attention, including former India stars Yuvraj Singh and Suresh Raina, both of whom were enjoying an indoor football match. Yuvraj in an Instagram story, shot a video of himself and Raina sitting next to each other and trolled his former India team-mate over CSK’s performance.

“Rain. Aapki team aaj 97 pe all out ho gayi hai. Kya kehna chahenge aap?” (Your team got bowled out for 97 tonight. What do you have to say?) In response, Raina came up with a gem of a reply: “Main nahi thha uss match mein” (I wasn’t part of the match).

Raina was the backbone of CSK and has been part of the franchise’s success over the years. From the very beginning in 2008, Raina remained a part of CSK – barring 2016 and 2017 – until last season. Raina, or ‘Mr. IPL’ as he is fondly called by fans, missed the IPL 2022 due to personal reasons and although he returned to play the following year, scoring just 160 runs from 12 matches. This year, during the IPL mega auction, Raina found no takers. In all probability, Raina has played the final IPL match of his career and he will go down as a great, scoring 5528 runs, 4687 of which have come playing for CSK.

Yuvraj, on the other hand, represented MI in IPL 2019, where he played four matches scoring 98 runs. He hit a handsome 53 in his maiden match and smoked Yuzvendra Chahal for a hat-trick of sixes in the next game against Royal Challengers Bangalore. Yuvraj was released by the franchise ahead of 2020 season of the IPL.