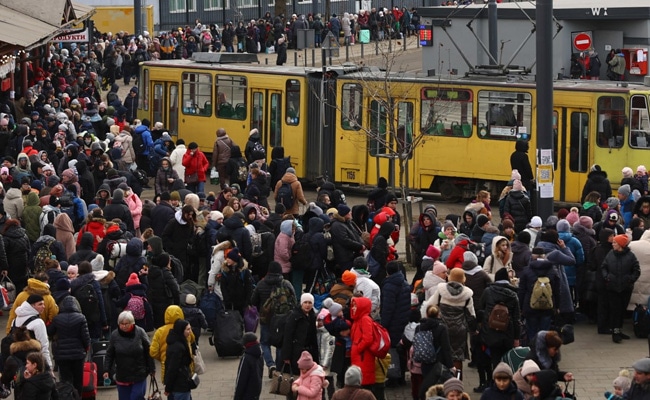 As fighting intensifies due to Russian attacks on several main cities in Ukraine, officials in Eastern Europe are struggling to accommodate a growing wave of refugees.

The UN refugee agency UNHCR said two million people – mostly women and children – have fled Ukraine since the start of the Russian offensive on February 24.

As fighting intensifies around many of Ukraine’s main cities under Russian missile and artillery attacks, officials in Eastern Europe are struggling to adjust to a swelling wave of refugees.

“As far as housing is concerned, there are really times when it gets very crowded,” said Witold Wolczyk, a town near Poland’s busiest border crossing, which is a home for refugees from Ukraine. The transit center has become, from the office of the mayor.

“Last night we managed to get 30 buses out of Przemysl, they went in different directions… We are doing our best to keep this traffic running smoothly,” he said. 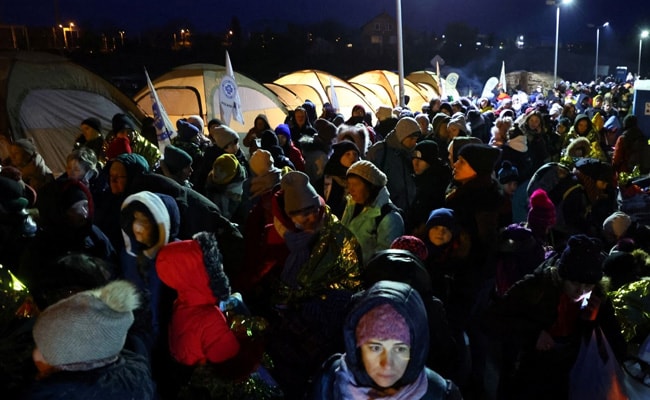 At the Medica border crossing, east of Przemysl, where refugees are arriving on foot and by car, the line of waiting vehicles stretches for about 6 kilometers (3.7 mi), lasting 20 hours, two hours on the Ukrainian side of the border. The women told Reuters after crossing it.

Nearly two weeks after the invasion, the head of the UNCR warned that a second wave of more vulnerable people without resources or connections was likely to arrive after the initial influx of refugees.

“It will be a more complicated situation for European countries to manage going forward, and will require even greater solidarity by everyone in Europe and beyond,” Filippo Grandi told a news conference in Oslo.

EU officials have said the bloc could see the arrival of around 5 million people. So far, most of those fleeing live in countries bordering Ukraine, led by Poland, which has taken more than a million so far.

After several unsuccessful attempts to create a “humanitarian corridor” for civilians fleeing some fierce fighting, Ukrainian officials said evacuations had begun from the besieged city of Sumy, as well as from the city of Irpin on the outskirts of Kyiv. 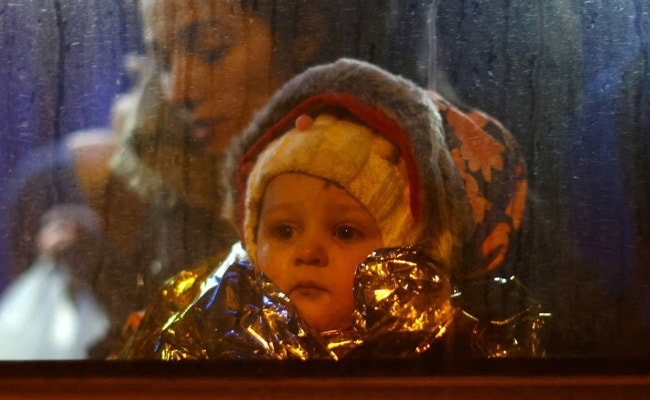 Outrage over Russia’s attack and a long history of poor relations with Moscow have seen refugees largely empathize with and aid efforts in Eastern and Central Europe.

Russia calls its actions in Ukraine – which has sparked the worst refugee crisis in Europe since World War II – a “special military operation”.

Officials say some 300,000 people have crossed over to Romania since the war began, with about half of those non-EU members entering from Moldova, while more than 140,000 arrived in Slovakia and about 200,000 in Hungary. had crossed.

Ahead of Ukraine, officials said more than 100,000 people had gone to the Czech Republic, where Prague’s refugee aid center reopened on Monday after being closed due to over capacity, while more than 43,000 had entered Bulgaria.

As of Monday, the United Nations had confirmed 406 civilian deaths in Ukraine, but it said the actual figure was likely to be much higher, while hundreds of thousands of people were cut off from aid because of the fighting.

In nod to Russia, Ukraine says no longer insists on NATO...