On the second day of the Russian offensive last week, Ukraine said it would posthumously honor Ukrainian border guards who died defending the small island in the Black Sea. 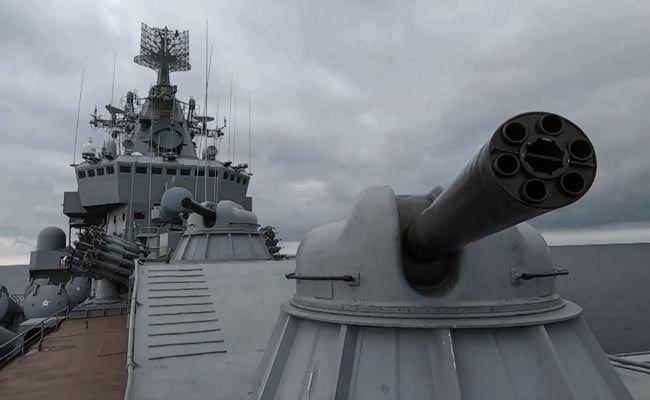 Ukraine lost contact with its forces on land, or Snake Island

News website Spectator Index claimed in a tweet that a group of Ukrainian soldiers who were believed to have been killed in action after defying the Russian Navy’s warning of surrender are alive after being taken prisoner.

On the second day of the Russian offensive last week, Ukraine said it would posthumously honor Ukrainian border guards who died defending a small island in the Black Sea.

BREAKING: Reports That Ukrainian Soldiers on Snake Island Who Told Russian Battleship to ‘Go F*** Yourself’ Are Alive and Taken Prisoner

Ukraine on Thursday lost contact with its military on Snake Island, a stretch of land south of the port of Odessa, after Russia launched air and sea attacks.

Ukraine said 13 soldiers had been killed and an audio clip of exchanges between Ukrainian and Russian forces was shared widely on social media.

“This is a Russian warship. I propose that you lay down your weapons and surrender to avoid bloodshed and unnecessary victims. Otherwise you will be bombed,” the Russian warship is heard saying in the audio clip.

On Friday, Russia’s defense ministry said 82 Ukrainian soldiers on the island had voluntarily surrendered to them. It made no mention of striking or casualties.

Julia Kanin, a journalist, tweeted that one of the Snake Island soldiers who surrendered to Russia gave an interview.

One of the soldiers of Snake Island surrendered to Russia, gives an interview. He shed tears and said, “Well, if they buried us alive, they intended to bury us.” He accused Zelensky of not knowing that there was a Marine Corps on Snake Island. pic.twitter.com/oKhcyDJUAe

Ms Kanin said the soldier accused Ukrainian President Volodymyr Zelensky of not knowing there was a Marine Corps on Snake Island.

Britain said it would send 6,000 missiles to Ukraine to fight...

US picks up "deep concerns" On China’s alignment with Russia