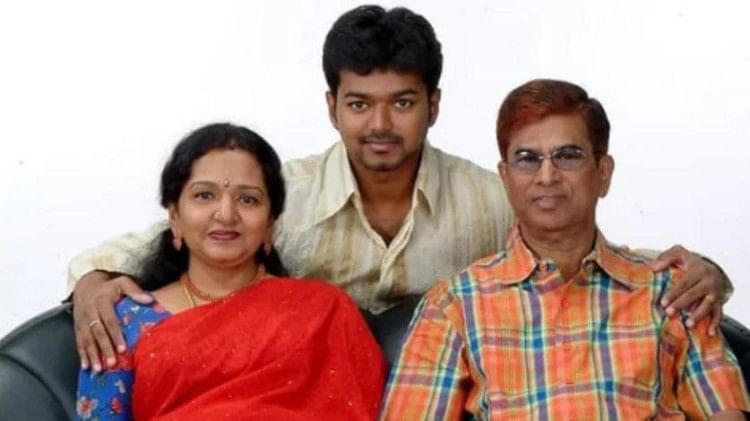 Tamil superstar Vijay, who is born to a Hindu mother and a Christian father, has tried to woo his fans by giving an interview just before the release of his film ‘Beast’. The film is releasing on Wednesday this week. Vijay’s fans have been very angry with the film’s music release schedule not being like other films despite the corona epidemic being weak. Like the stalwarts of Tamil cinema Rajinikanth and Ajith, Vijay also does not take city tours to promote his films. But, this time due to tough competition from Kannada film ‘KGF 2’ at the box office, Vijay also resorted to publicity medium and gave an interview to a TV channel. Vijay had given an interview before this 10 years ago and after the ruckus about that interview, he never gave another interview to the media.

In an interview to South India’s leading television network Sun, Vijay talks candidly about his relationship with his father, his views on religion, pre-film promotion interviews and his son Jason Sanjay. Vijay said, ‘I am a true believer in God but I do not only go to church but also bow my head in temples and dargahs’. Sun Pictures, the film arm of the Sun network for which director Nelson Dilip Kumar took this interview, is the producer of Vijay’s film ‘Beast’, which is releasing this week. The entire interview was in a way focused on Vijay’s brand building.

That’s why Vijay stays away from the interview.

In the interview, when he was asked whether your busyness is the reason behind not giving your interview, Vijay said, ‘It is not so. I also have time to give interview but it happened 10 years ago that the matter got worse. I had given an interview and I realized that my point of view was not conveyed properly. I didn’t like this. Even my family members raised questions on this. Then I called the person and said that I did not mean to say that which has been removed. And, I can’t do this every time. So that’s why I stay away from giving interviews.

Like Tamil superstars Rajinikanth and Ajith, Vijay is rarely seen promoting his films. But, he definitely comes to the music release function of his films. This time his fans were very disappointed when the music release program of the film ‘Beast’ did not happen. It is believed that this conversation between Vijay and Nelson is an attempt to pacify this anger. The entire interview was designed to be a tribute to Vijay and director Nelson didn’t ask his hero anything that could be a journalist’s question.

In response to a question, Vijay said, ‘My family keeps complaining about my face posture that they do not know anything from my expressions. I also get angry sometimes but I avoid to react on such occasions. I think most of our problems are due to decisions taken in anger. I follow the policy of ‘Take it easy, make it easy’. It is said that during the promotion of his film ‘Villu’ in the year 2009, in a press conference, Vijay got very angry over something. Then seeing this form of him, all the people present there were stunned.

Thalapathy Vijay and Pooja Hegde starrer CRASHES and BURNS before the...

Watch here when KGF 2, RRR, Beast and recently Giants of...