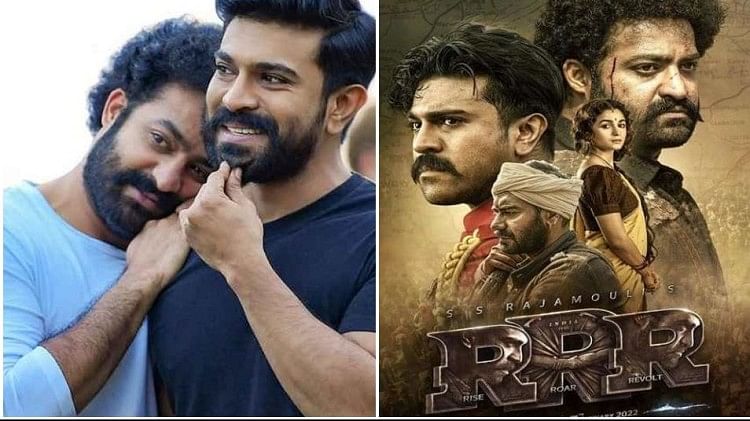 Sunday, the day of Ram Janma Utsav for the film ‘RRR’, could not bring good news as expected. The collection of all-language versions of the film dropped on the third Sunday as compared to the third Saturday. Now its Hindi version may find it difficult to reach the target of Rs 250 crore at the domestic box office. The film has just four days to reach this point and the Hindi version of the film will have to earn at least Rs 20 crore more in these four days to make this record. According to the collection on Sunday, however, the film ‘RRR’ Hindi has overtaken Shahrukh Khan and Deepika Padukone’s Rohit Shetty starrer film.

The filmmakers of Mumbai kept a special eye on Sunday. The distributors of the Hindi version of the film are still hopeful that the film ‘RRR’ will be able to make a net collection of Rs 250 crore in Hindi but, considering the trend on Sunday, this task may also turn out to be difficult. According to the initial figures of Sunday, the film has earned around Rs 9 crore. The Hindi collection of the film is now Rs 230 crore and, to cross the Rs 250 crore mark in the third week, it will now have to earn at least Rs 20 crore more by Thursday.

The film ‘KGF 2’ is being released at the box office on Friday, due to which the number of screens showing the film ‘RRA’ will be reduced, the audience trend will also be in addition to this new film, the Hindi version of ‘Beast’ ‘Raw’ and The film will be more towards ‘Jersey’. The film ‘RRR’ definitely beat Shahrukh Khan’s film ‘Chennai Express’ in terms of collections on Sunday. The net earning of this film at the box office was Rs 227.13 crore.

Exclusive: The bride and groom Ranbir Kapoor are staying in Goregaon...

Alia Bhatt looked comfy as she wrapped herself outside Sanjay Leela...