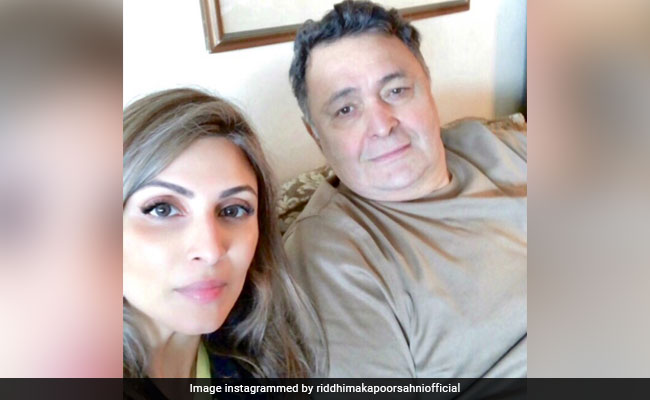 new Delhi: Riddhima Kapoor Sahni shared a heartfelt post remembering her late father Rishi Kapoor on her Instagram handle, a day after the filmmakers announced the release date of the latter’s last film. Sharmaji Namkeen, In the post, she shared two pictures – one that reads, “Legends Are Forever,” and the other one from the late veteran actor’s upcoming film. Along with the pictures, she wrote a long note, feeling proud to be Rishi Kapoor’s daughter. He also thanked actor Paresh Rawal for completing the film.

Riddhima Kapoor Sahni wrote, “It’s been almost two years since Dad left us physically, but his charisma is still felt and his legend is still alive and will always be. Today, as I look at my father’s last watch the movie, actor par excellence, a devoted son and brother, a kind husband and the most wonderful father in the universe. I feel so proud to be his daughter! Paresh ji thank you for completing the film. The family will always be like yours. Will remain indebted for the sentiment of #SharmaJeanMakeen”.

talking about Sharmaji NamkeenIt is about a retired man who discovers his passion for cooking after joining the kitty circle of women.

Rishabh threatens to leave Pratha if he fails to prove Rehaan’s...