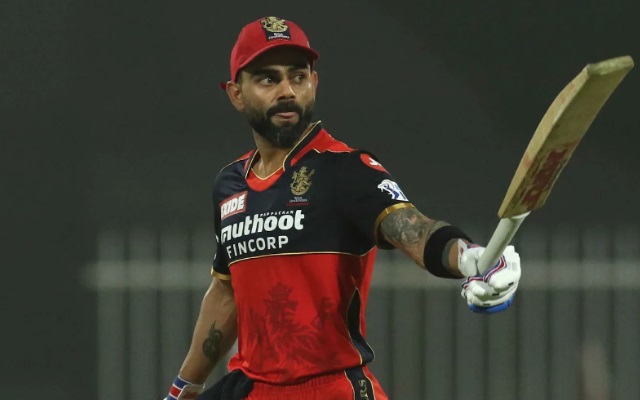 Kohli had announced his decision to step down as the captain of RCB during the second leg of the 2021 IPL in the UAE.

Royal Challengers Bangalore Reportedly yet to accept Virat Kohli’s resignation as captain. Kohli, 33, announced his decision to step down as the franchise’s captain during the second leg of the 2021 season, having led the team since 2013 and has been a part of the franchise since the league’s inception in 2008.

Though the post has been left vacant after Kohli’s resignation, it seems that the RCB management is yet to officially approve his resignation. However, this does not mean that Kohli will be seen as the captain again. RCB is all set to decide the name of their captain on March 12. Meanwhile, Kohli was one of three players along with Australian all-rounder Glenn Maxwell and pacer Mohammad Siraj to be retained by the franchise ahead of the IPL 2022 mega auction that concluded last month.

Kohli’s retention was given in light of his long-standing association with the franchise, as he has unquestionably been the face of the franchise in the IPL all through the years, despite not being able to lead the team to a title. During this Kohli make your intentions clear To continue with the team despite relinquishing leadership responsibility in no uncertain terms, stating that “I can’t think of being in any other team other than RCB.”

In a video posted by the franchise, Kohli said, “I spoke to the team this evening ahead of the start of the second leg of the tournament to inform everyone that this is my last in the IPL as the captain of RCB. phase.” , “I spoke to the management this evening, something that was on my mind for a while, as I recently announced my stepping down from T20 captaincy to manage my workload, which has been a lot in the last so many years. Used to be.

“I have made it clear to the management that I cannot think of being in any team other than RCB and that is my commitment from day one,” Kohli said. “I will continue to be an RCB player till I play my last match in the IPL. But it has been a great journey of nine years of moments of joy, despair, joy and sorrow, and I want to thank you all from the bottom of my heart for supporting me and believing in me relentlessly and unconditionally. , “They said.

It is widely speculated that South African batsman Faf du Plessis is likely to take over the captaincy job after he was roped in by the franchise for INR 7 crores in the mega auction. RCB, who have been placed in Group B along with Sunrisers Hyderabad, Punjab Kings and Gujarat Titans, will begin their 2022 campaign against Punjab at the DY Patil Stadium in Mumbai on March 27.

IPL 2022: How players with Rs 10 crore or more price tags did this season | Cricket News

DEG vs BAT Match Prediction – Who will win today’s match?