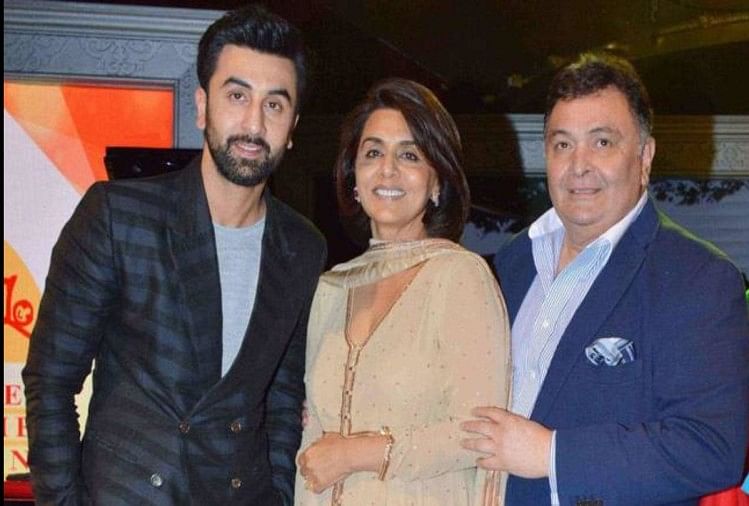 These days there is a stir in the film corridors about the marriage of famous star couple Ranbir Kapoor and Alia Bhatt. If reports are to be believed, Ranbir and Alia are going to tie the knot this week. But the speculation about the marriage of both of them has been going on for a long time. Regarding his marriage, actor Ranbir Kapoor had already said that if the corona epidemic had not come, he would have got married in the year 2020.

In this sequence, a recent report has surfaced that the actor was planning to get married in December 2020. Not only this, Ranbir’s father and actor late Rishi Kapoor was very happy about it. Recently, filmmaker Subhash Ghai recalled old things and told that he had a conversation with Rishi Kapoor about Ranbir and Alia’s marriage. He told that the actor had planned the wedding in a grand manner in December 2020. But, on 30 April the same year, Rishi Kapoor died due to cancer.

During a conversation with a website, Subhash said, “I remember I went to meet Rishi Kapoor at his house in January 2020. Being good friends, we had a very long conversation. He shared this thing with me very much. Were happy that they are planning their son Ranbir and Alia’s wedding in December 2020. But they suddenly left us all with a deep sorrow.” Subhash said that Rishi’s dream will finally come true after Ranbir and Alia get married. He said, “Today I am very happy that Ranbir and Alia are finally fulfilling their dream. I wish both of them a happy married life, just like I always did for Rishi and Neetu Kapoor.”

Earlier recently, actress Alia Bhatt’s uncle Robin Bhatt had informed that the couple will take seven rounds on April 14. However, there is still confusion regarding the date of marriage. Apart from this, the actress’s half-brother Rahul Bhatt had informed that only 28 people will be invited to the wedding. However, the confirmed list of guests attending the wedding has not been revealed. Significantly, Ranbir and Alia started dating each other in the year 2017. After this long relationship, finally this couple is ready to get married.

Ranbir-alia: Ranbir and Alia were seen in this style on a...

Ranbir Kapoor and Alia Bhatt going over the top with their...