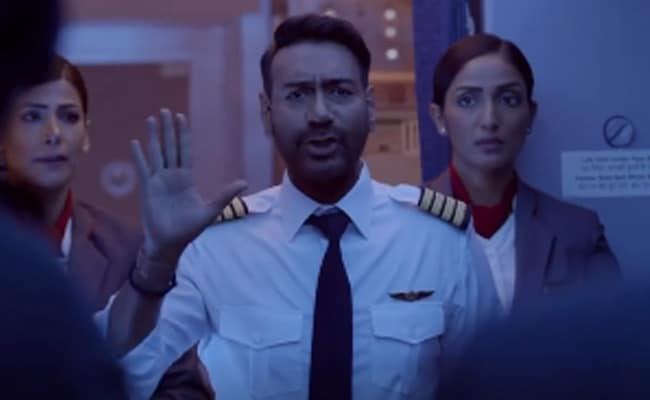 Hello everyone, we are here with a new trailer of Amitabh Bachchan’s upcoming film Runway 34. We would recommend you to sit back, relax and enjoy the trailer. This is an interesting story. And, Amitabh Bachchan wants everyone to be prepared for the “unexpected” turn of events. The clip opens with the mid-air turbulence sequence. Here, Rakul Preet Singh, who plays the co-pilot in the film, cries saying, “No fuel, no visibility and no time. It’s over, we can’t do anything.” The video then cuts straight to the courtroom scene – a face-off between Ajay Devgn and Amitabh Bachchan.Even if it is ATC’s fault, this weather is bad. It’s only the pilot’s fault.” Says Ajay Devgn, who is questioned about the mid air crisis. The trailer has ticked all the boxes. It promises to keep the audience on the edge of their seats.

runway 34Based on true events. The film is directed and produced by Ajay Devgan. For the caption, Amitabh Bachchan wrote, “Savior or criminal? Brace yourself for the unexpected. The clash between the two giants has begun. runway 34 Trailer 2 will grip you.

Earlier, Amitabh Bachchan had put up a countdown post for runway 34 Trailer 2. He had shared a powerful poster featuring himself and Ajay Devin with the text “When the savior becomes a criminal”. For the caption box, he wrote, “Inspired by true events, Ajay Devgn takes us on a turbulent journey with the lives of 150 passengers and crew. A bombardment ensues between the officers and him. Will he be declared a savior or a criminal?”

runway 34 Will hit theaters on April 29. Boman Irani is also a part of the film. Fans have managed to catch a glimpse of his character in the latest trailer.

From Rihanna to Sonam Kapoor, stars who specialize in maternity fashion