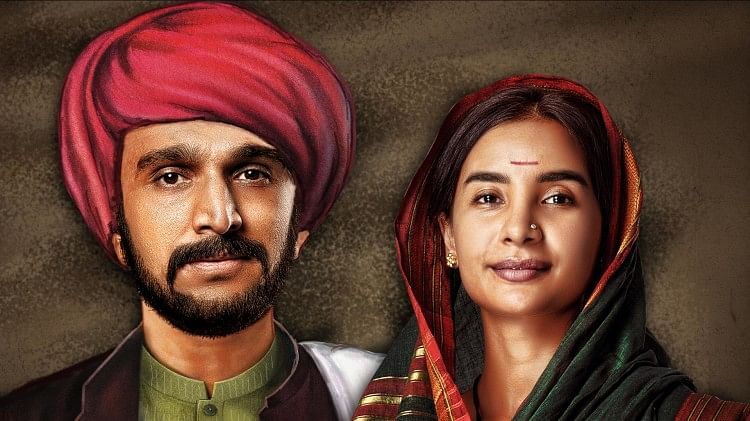 Mahatma Phule and Savitribai Phule, who played an important role in bringing social change in the country and providing education to women, have been two such great personalities, whose contribution the country will never forget. A biopic is soon going to be made on this husband-wife duo who work towards bringing a remarkable change in people’s lives. National Award winning director Anant Mahadevan will lead the writing and direction of Hindi feature film ‘Phule’, while eminent actors like Prateek Gandhi and Patralekha will be seen in the lead roles of Mahatma and Savitri Phule, popularly known as social reformer and social activist. .

The first look of the film ‘Phule’ was unveiled on April 11 to mark the 195th anniversary of Mahatma Phule. As soon as the first look is released, the curiosity of the people has increased, in the poster, Prateek and Patralekha are looking exactly like Mahatma and Savitri Phule. Mahatma Phule and Savitri Phule jointly campaigned for a long time against untouchability and caste discrimination. He lobbied and fought for equal rights for the backward caste people while establishing the Satya Shodhak Samaj. Both have also contributed a lot in the field of providing school education to women.

Excited about playing the character of Jyotiba Phule, Prateek Gandhi says, “It is an honor for me to play the character of Mahatma Phule and to present his personality to the world. This is the first time that I am playing a pivotal role in a biography. Playing this character is not less than a big challenge for me, but being an inspirational personality, I am very excited to play the role of Mahatma Phule.” Prateek says, “I remember that after hearing the story of the film, I immediately agreed to do this film. Some characters have someone’s name written on them and I am very happy that Anant sir has done it. I was offered to work in it. I am extremely glad that its makers have taken the lead in educating today’s generation about the lives dedicated to social change by Mahatma and Savitri Phule.”

Very happy with her role in the film, actress Patralekha said, “I have been brought up in Shillong, Meghalaya. This is a state where women’s rights and decisions are given more importance than men’s. In such a situation, there is a need for gender equality. The subject holds a very important place in my heart. Savitri Phule, along with her husband Jyotiba Phule, built a school for girls entirely with domestic support in 1848. Mahatma Phule remarried widows and controlled abortion. An orphanage was also set up to do this. This film is a very special film for me.”

Writer, actor and director Anant Mahadevan has been in the news recently for the Sindhutai Sakpal biopic. The film depicts the unique journey of the life of ‘Meesindhutai Sakpal’. It shows how Sindhutai Sakpal made all kinds of efforts to bring about a positive change in the lives of destitute children by becoming a messiah. The film ‘Gaurhari Dastan’, made by Anant Mahadevan on the famous freedom fighter, depicts a freedom fighter’s fight for 32 years with his own government. Apart from these films, Anant Mahadevan has presented socially different stories to the audience in a very sensitive and interesting way by directing a film on India’s first female doctor Rakmabai and films like ‘Maighat’ and ‘Bitter Sweet’ by the same name. .