Home Bollywood News Ott This Week: These great films and series will be released this... 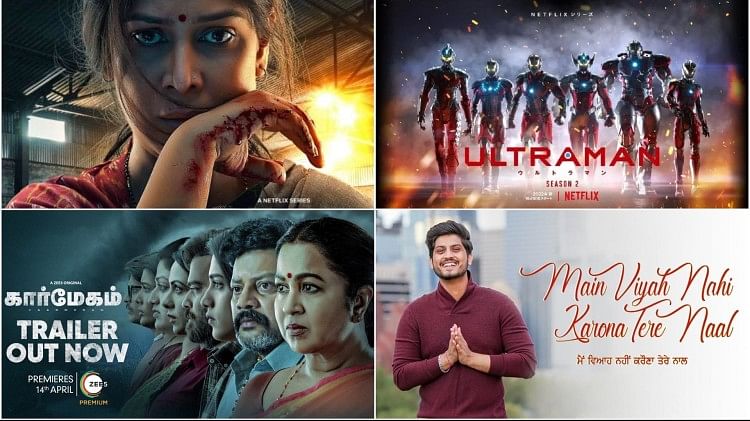 For some time now, the craze of OTT platform has increased among the people. This is the reason why viewers eagerly wait for the series and films released on different OTT platforms every week. In the same sequence, this week also many entertaining content is to be released for the audience on OTT. In such a situation, before the release, we are telling you about the different series and films to be released this week-

The trailer of Sakshi Tanwar starrer film Mai was very much liked by the audience. Sakshi will be seen in a different character in this film. Apart from Sakshi Tanwar, Vivek Mushran, Vamika Gabbi, Ankur Ratan, Vaibhav Raj Gupta and Seema Pahwa will also be seen in this film.

Ultraman is a superhero. Ultraman works to protect Earth from outside forces. Earlier, the first season of this series was very much liked by the audience. This series is a family series, which you can also watch with children.

I don’t get mad at you


This movie is a romantic comedy Punjabi movie. The movie India from Canada is based on a YouTuber who falls in love with a girl from Punjab. Now the audience will have to wait for its release to see what turn this love story of these two takes.

Watch here when KGF 2, RRR, Beast and recently Giants of...

The Archies: Starkids dominated social media, from Big B to King...