Russia is about to find out how isolated it is on the world stage during the meeting, only the 11th time such a session has been held in the history of the United Nations 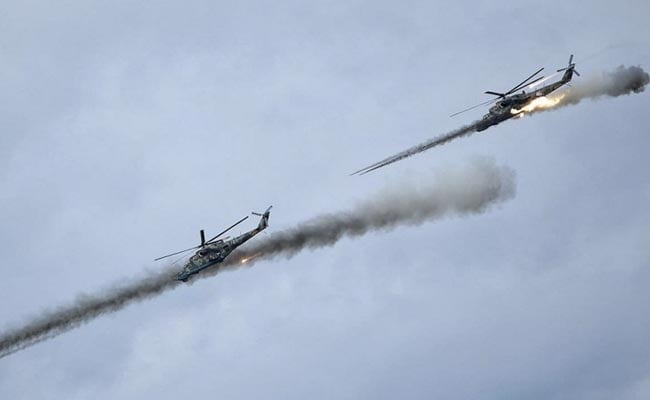 The United Nations on Monday opened a rare emergency special session of the General Assembly to discuss Russia’s invasion of Ukraine, observing a minute’s silence for those killed in the conflict.

Russia is yet to find out how isolated it is on the world stage during the meeting, only the 11th time such a session has been held in the history of the United Nations.

Assembly Speaker Abdullah Shahid led all 193 members of the United Nations into a moment of meditation before calling for an “immediate ceasefire”.

More than 100 countries were expected to speak as the global body decides whether it will support a resolution condemning Russia’s “unprovoked armed aggression” in Ukraine and calling for its immediate withdrawal.

As soon as the session began, UN Secretary-General Antonio Guterres warned, “The fighting in Ukraine must stop.”

“That’s it. Soldiers need to go back to their barracks. Leaders need to move towards peace. Civilians must be protected.

“Nobody can justify the use of nuclear weapons. Guns are talking now, but the avenues for dialogue should always be open,” he said.

Voting on the resolution cannot take place until Tuesday. Its authors expect it to have more than 100 votes in favor – although countries including Syria, China, Cuba and India are expected to support or abstain from Russia.

Diplomats pointed to such regimes in Myanmar, Sudan, Mali, Burkina Faso, Venezuela, Nicaragua – and, of course, Russia, saying it would be seen as a barometer of democracy in a world where autocracy is on the rise.

If Moscow wins in Ukraine, the international order “could be changed forever,” a senior diplomat told AFP on condition of anonymity, underscoring the gravity of the moment at the body responsible for global peace and security. does.

Russia has since become an international pariah as its forces fight in the streets of Ukraine’s cities, facing sanctions including sanctions from western airspace and major financial networks.

Russia has requested “self-defense” under Article 51 of the United Nations Charter.

But it has been thoroughly rejected by Western countries and the United Nations, which accuse Moscow of violating Article 2 of the Charter, which requires its members to refrain from threats or the use of force to resolve the crisis. is required to do.

He was due to repeat those allegations on Monday.

The move to hold an emergency session was prompted by Russia using its veto on Friday to block a Security Council resolution that condemned the Moscow invasion and called for the immediate withdrawal of its troops.

Russia voted against the resolution, but did not have the veto power to derail the reference to the war to the General Assembly, which was allowed under a 1950 resolution titled “Uniting for Peace”.

It allows members of the Security Council to seize the General Assembly for a special session if the five permanent members – Russia, the United States, Britain, France and China – agree to act together to keep the peace. fail.

The convening of an emergency special session of the General Assembly requires the support of only nine of the 15 members of the Council.

US Ambassador Linda Thomas-Greenfield said: “The council members who support this resolution believe this is no ordinary moment.”

Separately on Monday, the Security Council is scheduled to hold an emergency meeting on the humanitarian situation in Ukraine, where 7 million people are feared to have fled the fighting.

What did China say about its judge voting in favor of...

We will rebuild everything and Russia will introduce the bill: Ukraine’s...

world powers must "keep talking" With Putin to end war in...