Home Bollywood News On the anniversary of Chunky Panday and Bhavana, Ananya shared this throwback...

Bhavana Pandey and Chunky Panday are celebrating their wedding anniversary today with lots of love and serenity. Bhavana Pandey gave her fans a glimpse into the couple’s marriage journey, sharing a number of vintage images of the two over the years. The pictures feature a young Chunky Panday and Bhavana Pandey kissing, enjoying drinks and eating cake in locations around the world. In the caption, she proclaimed Chunky Panday not only her best friend, but also her best dad and husband. In the caption, Bhavana Pandey said, “From across the equator from the northern hemisphere to the southern hemisphere. love you the most Thank you for being my best friend, husband, father and all the other roles you play.”

Daughter Ananya Panday shared one of the photos on her Instagram Stories with only the number “24” with heart emojis. 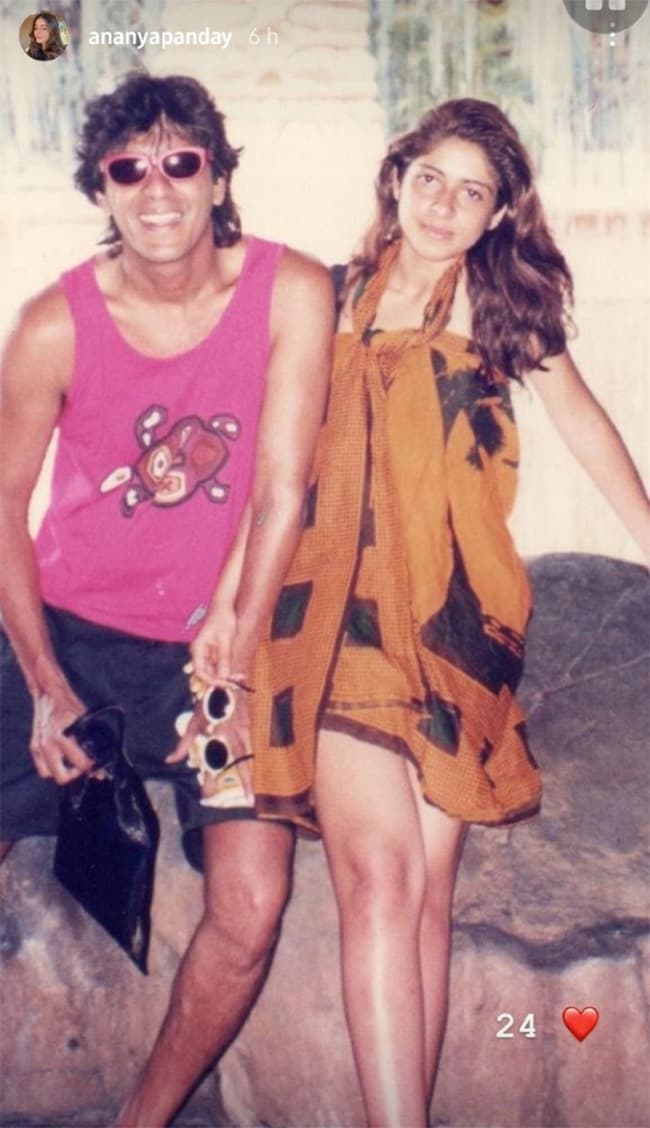 Chunky Pandey also shared a special post on this occasion. He also posted throwback pictures with his wife and said, “Happy anniversary mate partner wife lover my one and only.”

To celebrate the new year, Chunky Panday shared a picture of his family – another vintage one – adding in the caption: “Happy Happy New Year. May 2022 bring back the golden carefree days.”

Previously, the actor gave a sneak peek of the family of four as they sat down for a family dinner. “Table for 4,” Chunky Panday wrote in the caption.

Bhavana Pandey also shared a picture from the same outing and wrote, “To health and happiness from me and mine to you and yours.”

On the work front, Chunky Pandy is known for his work in films as well Aankhen, Housefull, Saaho and Begum Jan. Meanwhile, Bhavana Pandey starred on the Netflix show Fabulous Lives of Bollywood Wives. Her daughter Ananya Panday is known for her films 2nd grade students and Pati Patni Aur Woh.

Did Ishaan Khatter Instagram Official with Ananya Panday? See his...