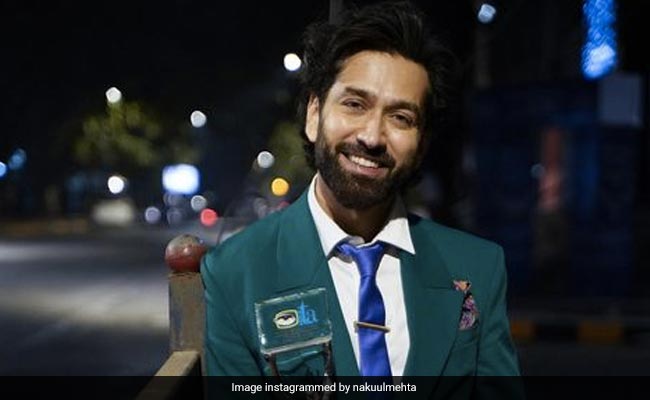 ITA Best Actor Award was won by Nakuul Mehta looks great 2 And they celebrated the victory with paneer kathi rolls early in the morning. Nakul narrated the incident and also shared pictures with his wife Janki and the ITA Best Actor trophy. He wrote, “Last night was beautiful.. As a tradition, our ITA for Bade Achhe Lagte Hain 2 stopped for a paneer kathi roll early in the morning to celebrate the Best Actor win. A stray dog ​​came and Even looked to the right. Next to my back. Gentle reminder by the universe that the world still can’t give a shit about you, stay grounded!”

“However, I must admit that after the pandemic, the meaning of recognition by the industry and your peers has changed a lot for me. Deeply indebted to you for another pat on the back! God knows I work so hard for this but It would be unreal for it to be in the limelight. It totally belongs to everyone who gives me wings to pursue my art. To some amazing women who have formed the basis of every opportunity I have found in this industry ,” said Nakul.

looks great 2 Produced by Ekta Kapoor under Balaji Telefilms. The show is a sequel to the 2011 series of the same name. The sequel stars Nakuul Mehta and Disha Parmar in the lead roles.

After this Nakuul Mehta will be seen in the second season. Never kiss your best friend.