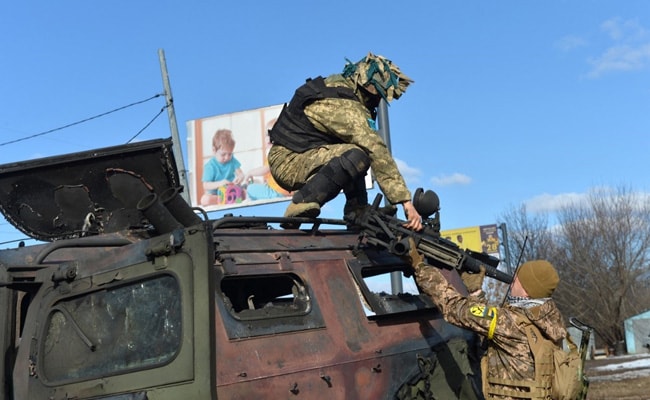 Russia-Ukraine War: “Mom, I’m in Ukraine. There’s a real war going on here. I’m afraid. We’re bombing all cities together, even targeting civilians,” one killed Read the text of the Russian soldier.

A Russian soldier said in his last text message to his mother just before he was killed in Ukraine that he was “scared” and that his army was “targeting civilians as well”, Ukraine’s ambassador told the UN General Assembly session on Monday. said.

Ukraine’s ambassador to the United Nations, Sergei Kislitsya, said the messages were from a dead soldier’s phone.

“I would like to read these messages from the smartphone of a slain Russian soldier,” said Mr. Kislitsya.

According to messages read by him, the soldier told his mother that it was tough in Ukraine, where people are “falling under our armored vehicles”.

“Mom, I’m in Ukraine. There’s a real war going on here. I’m afraid. We’re bombing all cities together, even targeting civilians. We were told they were welcome to us. And they’re falling under our armored vehicles, throwing themselves under the wheels and not letting us pass. They call us fascists. Mama it’s too hard,” said the soldier, according to texts read by the Ukrainian ambassador.

Holding images of text messages, the messenger said: “It was several moments before he was killed. Just feel the magnitude of this tragedy.”

Russian President Vladimir Putin launched an invasion of Ukraine on February 24 and has since moved into its capital, Kyiv, shelling several cities.

Increasingly isolated, Russia faced urgent calls to end its “unprovoked” and “unjustified” attack on Ukraine as the 193 members of the United Nations General Assembly held extraordinary debates over the invasion of the former Soviet state.

During the rare session, just the 11th in the history of the United Nations General Assembly, Russia defended its decision to invade its neighboring nation as a nation.

Representatives from more than 100 countries are expected to speak over three days as the United Nations decides whether it will support a resolution that calls for Russia to withdraw its troops from Ukraine immediately. A vote is expected on Wednesday, and it must reach the two-thirds threshold to pass.