Team India extended their sensational run in T20Is while whitewashing Sri Lanka 3-0 on Sunday (February 27). It was indeed a comprehensive series win for Rohit Sharma’s team as they won all three matches quite comfortably. After the conclusion of the game, veteran leg-spinner Yuzvendra Chahal hosted Shreyas Iyer and Mohammad Siraj on his popular show ‘Chahal TV’.

The Board of Control for Cricket (BCCI) shared the clip of the episode on Twitter, which went viral in no time. When Chahal was in conversation with Shreyas Iyer about the latter’s batting, the interview was crashed by Siraj. The leg-spinner welcomed his former Royal Challengers Bangalore teammate in a hilarious way, making fun of his blonde hair.

“If you look at his (Siraj) hair, it seems that the grass has not received water and the grass has been absorbed.” Chahal said in the clip, leaving Shreyas and Siraj bitterly. The trailer of the episode ends with Siraj congratulating Shreyas for his match-winning innings.

From success mantras to guest appearances! I

Meanwhile, Virat Kohli was rested for this series and hence Shreyas got a chance to bat at number three. The 27-year-old took full advantage of the opportunity and scored unbeaten half-centuries in all three matches. In addition, his strike rate was over 170. As a result, he was named Player of the Series.

Shreyas Was very pleased with his performance and the same was evident in his comments after the game. “All three knocks were special, but tomorrow – coming at a crucial moment, I’ll pick this one. Only one ball is needed to get in form as long as you have your eyes on the ball and it’s worth it.” The wicket was a little faster today than yesterday,” Dasher said in a post-match conversation.

“Was playing on merit. The outfield is so fast, just had to hit the gap. It’s been a rollercoaster journey since my injury. Your real test is during the rehab session,” he said. 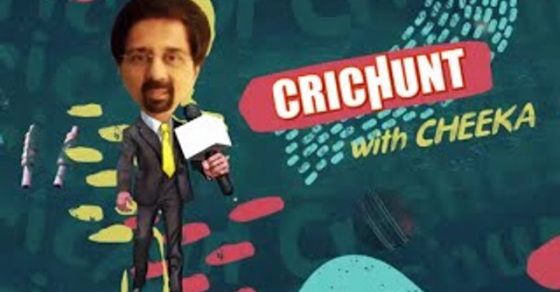 ‘There was a job offer in the CAG office’