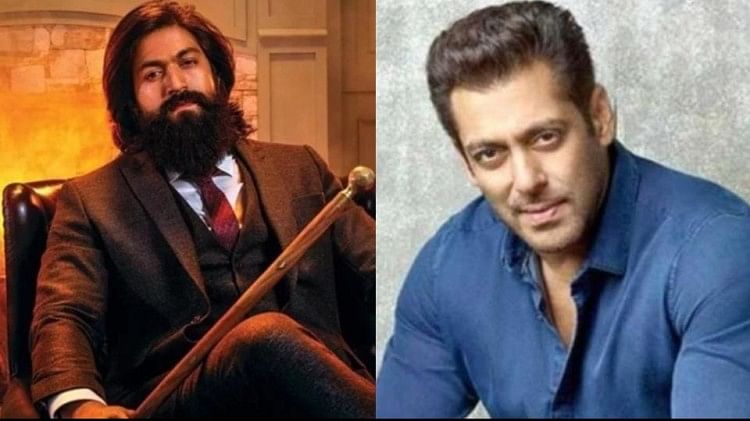 South industry films are rocking at the box office. After ‘Pushpa: The Rise’ and ‘RRR’, now ‘KGF Chapter 2’ is all set to hit the theaters. There is a tremendous craze among the fans of this film. This time with Yash, strong stars like Sanjay Dutt, Raveena Tandon and Prakash Raj will be seen. Yash is promoting this film fiercely with Raveena Tandon and Sanjay Dutt. Recently, Yash has answered Salman Khan’s question during the promotion of his film, in which the actor asked ‘Why don’t our films play in the South?’

Actually, congratulating on the success of director SS Rajamouli’s film ‘RRR’, Salman Khan had asked why his films do not play in the South? This question of Salman Khan was asked to Yash in the latest interview, answering which the actor said that there is nothing like this. Sometimes his films also do not get success.

Responding to Salman Khan’s question, Yash said, ‘It is not like that at all. Our films also never got this kind of response before but now started making dubbed versions. People are now knowing the content created by us. I think in the early days people used to take dubbing as a joke because people didn’t see it that way but now the kind of dubbing that is happening people are getting familiar with the way we tell our story. It didn’t happen overnight.’

After this, Yash gave all the credit to the film ‘Bahubali’ and said, ‘The first few years were like this, then gradually people started understanding the content, expressions and everything else. We found a way to have a direct connection with SS Rajamouli sir and Prabhas’s ‘Baahubali’. After this ‘KGF’ gave a commercial angle. After reading my director’s script, I thought that it can go all over India. My producers also joined in. We insisted and people accepted it.

Yash further talking about Hindi films said, ‘I have seen many Hindi films. We love them. Salman sir is right but it is not at all that we do not see. We see them but they should also see other aspects. Let us tell you that Yash’s film ‘KGF Chapter 2’ is being released in theaters on April 14. The first part of the film came in the year 2018, in which Yash rocked the role of Rocky Bhai. At the same time, now the story of the film will be carried forward in the second part.

Which movie could jeopardize the lifetime box office collection of Yash...