Home Bollywood News Katrina Kaif looks stunning in a black monokini as she chills on... 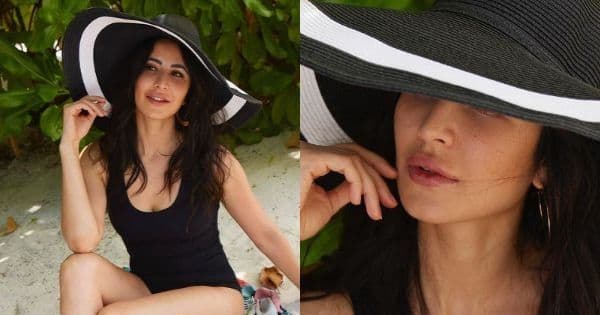 Katrina Kaif and Vicky Kaushal got married in December 2021. Both got married at the luxurious Six Senses Fort Barwara in Rajasthan. The couple had an intimate wedding. The couple has tried to spend every memorable event together and their first Holi and Lohri pictures went viral and how. Vicky Kaushal and Katrina Kaif could not be together for their first Valentine’s Day as they were shooting at different locations. She was busy with the last schedule of Tiger 3 in Delhi with Salman Khan. Vicky Kaushal also went to London to meet his extended family. Also Read – AK61: Ajith’s next film with Valimai director H Vinoth to start from this date [EXCLUSIVE]

Katrina Kaif has films like Merry Christmas with Vijay Sethupathi. This is an unusual pairing. The film will be directed by Sriram Raghavan. Vicky Kaushal is also working on projects like the biopic of the great Indian Army General Sam Manekshaw. Katrina Kaif has Zee Le Zara Bhi with Alia Bhatt and Priyanka Chopra. This is a road trip movie. This couple was dating for two years. It seems that he was sure of her within the first six months of their relationship but she wanted a little more time. Katrina Kaif also revealed how settling down was always on her mind as she is a family-oriented person. Also Read – Bharti Singh can’t express her happiness as she takes her baby home with Harsh Limbachiyaa