Janhvi Kapoor and sister Khushi have survived COVID-19 and are now negative, the actress announced today. In an Instagram story, Janhvi announced that they tested positive for the virus on January 3 and had two bad days. The sisters have ended their quarantine period and have made a full recovery, Janhvi said. Her announcement explains an earlier post she shared that included a picture of herself with a thermometer in her mouth. It also had a photo of Janhvi and Khushi Kapoor huddled under the covers.

In her Instagram story Janhvi Kapoor wrote: “Hey guys, so me and my sister tested positive for Covid 19 on January 3rd. We have now completed the days of home isolation required by the BMC and both tested negative. The first two days were tough, but every other day got better. The only way to protect ourselves from the virus is to mask and vaccinate. Take care everyone! “ 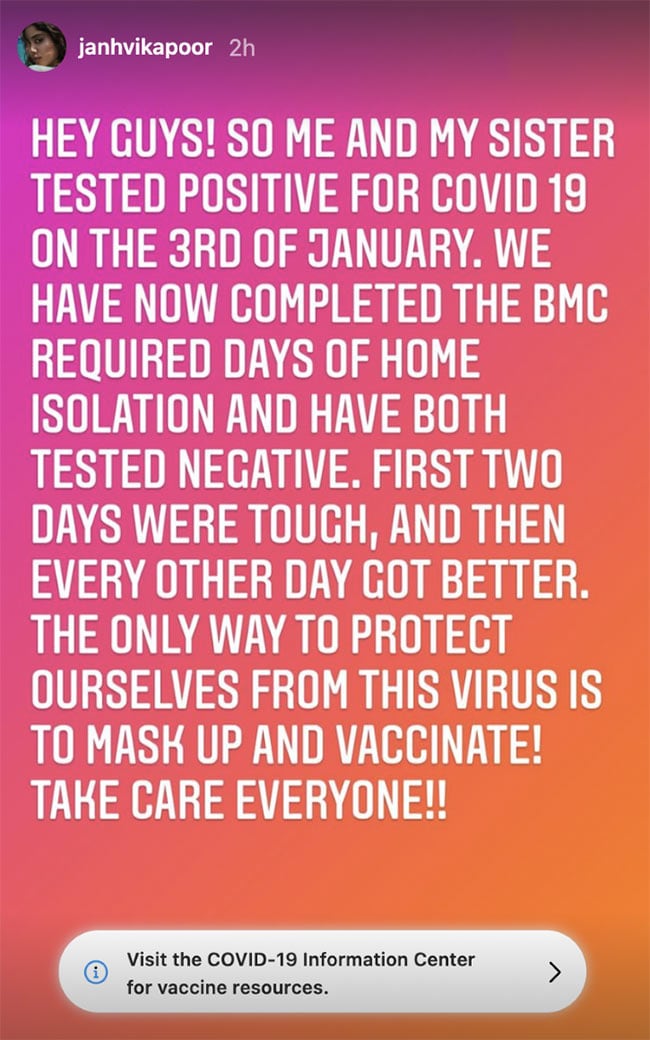 Here is the post Janhvi Kapoor shared over dinner this week – a series of cryptic photos with the equally cryptic headline, “This time of the year is back”. The photos include a painting on an easel and a page of a book – presumably glimpses of the way Janhvi and Khushi spent their isolation.

Janhvi Kapoor, daughter of Sridevi and Boney Kapoor, made her debut in Dhadak opposite Ishaan Khatter and was last seen in the film Roohi. Her line-up includes Dostana 2, good luck Jerry and Mili. Her sister Khushi is preparing her own debut, about which details are not yet known.