Home Cricket IPL: Ashwin gets ‘retired out’, opens debate on the tactical move 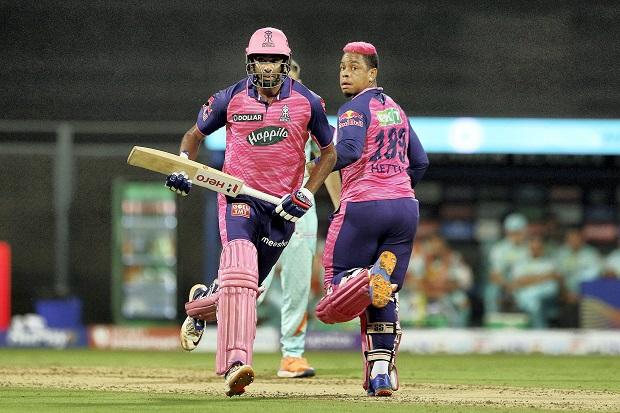 R Ashwin is always ready to explore the rules of the game to their full extent. The India spinner on Sunday used a new mode of legal dismissal, getting ‘retired out’ in Rajasthan Royals’ IPL 2022 match against Lucknow Super Giants at the Wankhede Stadium here on Sunday.

He became the first batter to get ‘retired out’ in IPL history.

Ashwin, who has been famous for running out the non-striker for backing too far — a previous mode of dismissal called ‘Mankading’ — added the term ‘retired out’ to the cricket lexicon, using the rules that allow a batter to end his innings on his own without the intervention of the opposition bowlers.

It was a well-thought-out tactical move by Rajasthan Royals that a batter will walk off the ground in the penultimate over so that a better finisher can come in and tonk the ball a few times to boost their score.

Whether it was a plan for this match and it was agreed to was not clear but Ashwin, after pushing Avesh Khan to cover for a single, kept running after completing the run and stopped only after reaching the dressing room. The fact that Ryan Parag walked out to bat straight away means the team was expecting such a move by Ashwin.

His batting partner at that time, Shimron Hetmyer struck Khan for sixes of successful deliveries and Parag too struck a big six before getting out, going for another big one off the penultimate delivery of the match.

Hetmyer said he had no idea that Ashwin would take strategic retirement in the match. “I had no idea about this, it was a really good decision that came off well.”

“Ashwin retired out is fascinating T20 tactics. T20 is causing us to rethink the way we conceive the game of the 21st century,” Bishop tweeted.

“Retired OUT….it was only a matter of time we saw it in the #IPL2022 Makes a lot of sense,” said Sthalekar.

How much this move helped Rajasthan Royals is debatable as Parag could score only eight off four deliveries and Rajsthan Royals managed a modest 165/6 in 20 overs, recovering from 67/4 at one time.

It looked like the Royals could have reached the same total even if Ashwin had not pulled off this stunt as it was Hetmyer who was on strike and Hammered sixes off successive balls to boost the score.

Ashwin, who scored 28, could have done the same thing that Parag did, scoring eight off four as he had already blasted two sixes during his cameo.

The all-rounder has highlighted a new tactical move to IPL teams as they can have a batter ‘retired out’ to send someone else to give the score a quick boost.

(Only the headline and picture of this report may have been reworked by the Business Standard staff; the rest of the content is auto-generated from a syndicated feed.)

Business Standard has always strived hard to provide up-to-date information and commentary on developments that are of interest to you and have wider political and economic implications for the country and the world. Your encouragement and constant feedback on how to improve our offering have only made our resolve and commitment to these ideals stronger. Even during these difficult times arising out of Covid-19, we continue to remain committed to keeping you informed and updated with credible news, authoritative views and incisive commentary on topical issues of relevance.
We, however, have a request.

As we battle the economic impact of the pandemic, we need your support even more, so that we can continue to offer you more quality content. Our subscription model has seen an encouraging response from many of you, who have subscribed to our online content. More subscription to our online content can only help us achieve the goals of offering you even better and more relevant content. We believe in free, fair and credible journalism. Your support through more subscriptions can help us practice the journalism to which we are committed.