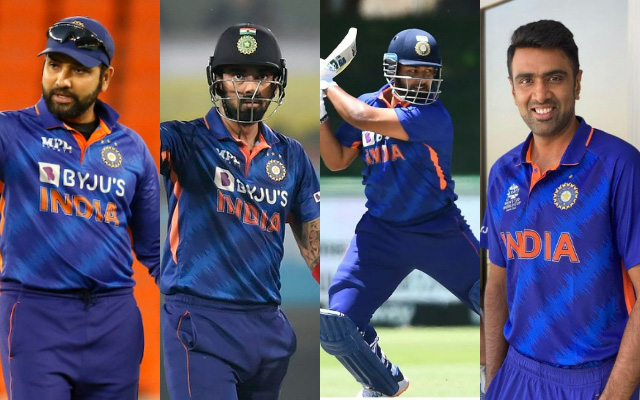 Team India has tried many players in the recent past and some have to miss out on the opportunity.

Three consecutive series wins at 3-0 including nine victories – new captain Rohit Sharma and coach Rahul Dravid could not have asked for a better start as India posted a sensational run in the first half of their preparations for the 2022 T20I. world Cup. The biggest positive response from the recently concluded series has been India’s bench strength.

Many of their main players were rested during this period, including former captains. Virat Kohli, Ravindra Jadeja, KL Rahul, Jasprit Bumrah who missed two series each while Rishabh Pant missed one. Meanwhile, six players made their debuts and the men in blue got seven different Player of the Match winners in nine matches.

captain Rohit Sharma He will be responsible for opening the innings and giving his team a good start in the all-important tournament. The batsman is most likely to open the innings with either KL Rahul or Ishan Kishan.

Talking about his numbers in T20Is, Rohit has played 125 T20Is for India in which he has scored a total of 3313 runs at an average of 32.17. The strike rate of a right-handed batsman is also around 140. Playing for India in the shortest format of the game, Rohit also has 26 fifties and four centuries to his name.

Along with his batting, the India captain will also have the responsibility of leading his troops in the World Cup. Team India under Rohit’s leadership would like to emulate their performance in WC 2007 when they became the first country to win a T20 WC. ‘Glad I got it against KKR’ – SRH’s Rahul Tripathi after...

Why is Aryan Juyal keeping for Mumbai Indians despite not being...