The 21st match of the Indian T20 League 2022 will be played between Hyderabad and Gujarat on Monday. Hyderabad registered their first win of the tournament on Saturday against defending champions Chennai. They restricted Chennai to a score of 154 after winning the toss and then chased down the target in just 17.4 overs.

Gujarat is the only team to not lose a single match in the tournament. Chasing a target of 190 runs in exactly 20 overs, they defeated Punjab in their last match. Rahul Teotia took Gujarat home by hitting two sixes in the last two balls of the match.

The pitch is expected to help the batsman a lot as we have seen in the tournament. Spinners can get some help in the middle overs. The team winning the toss is likely to maintain the tradition of bowling first.

Abhishek Sharma Won the Player of the Match award in the last match. After a disappointing performance in the first two matches, Abhishek made sure that he single-handedly took the team forward against the defending champions. He scored 75 runs off 50 balls and helped Hyderabad chase down the target of 155 runs in 17.4 overs.

Shubman Gill Have played match-winning innings in the last two matches. He scored 84 runs in just 46 balls against Delhi and helped the team reach the score of 171 runs. In the last game against Punjab, Shubman missed a well-deserved century as he was dismissed for 96, which came off just 59 balls.

Rashid Khan Consistently performing well for Gujarat in the tournament. In the last game, he took 3 wickets in 4 overs and conceded just 22 runs. 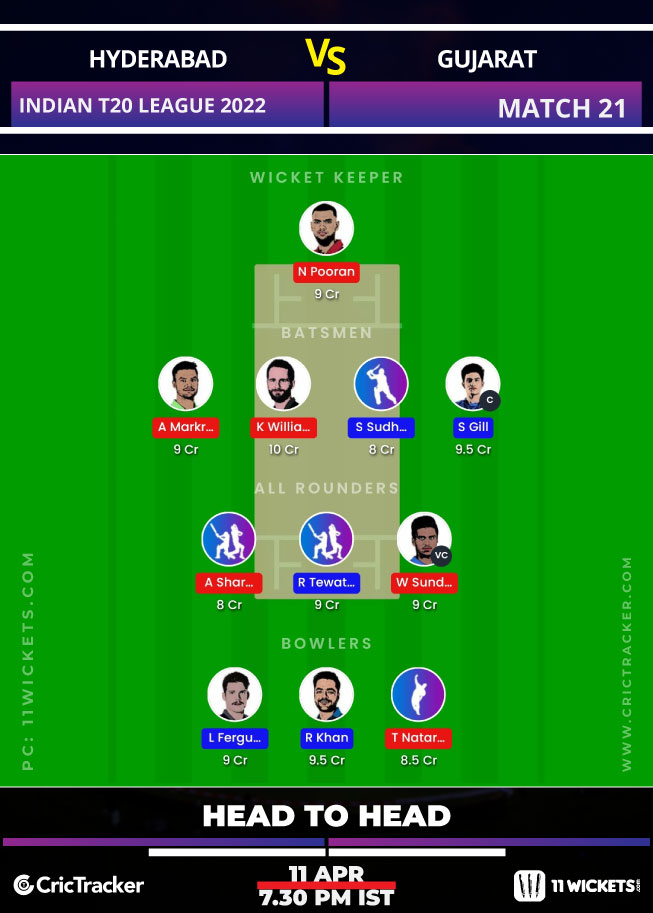 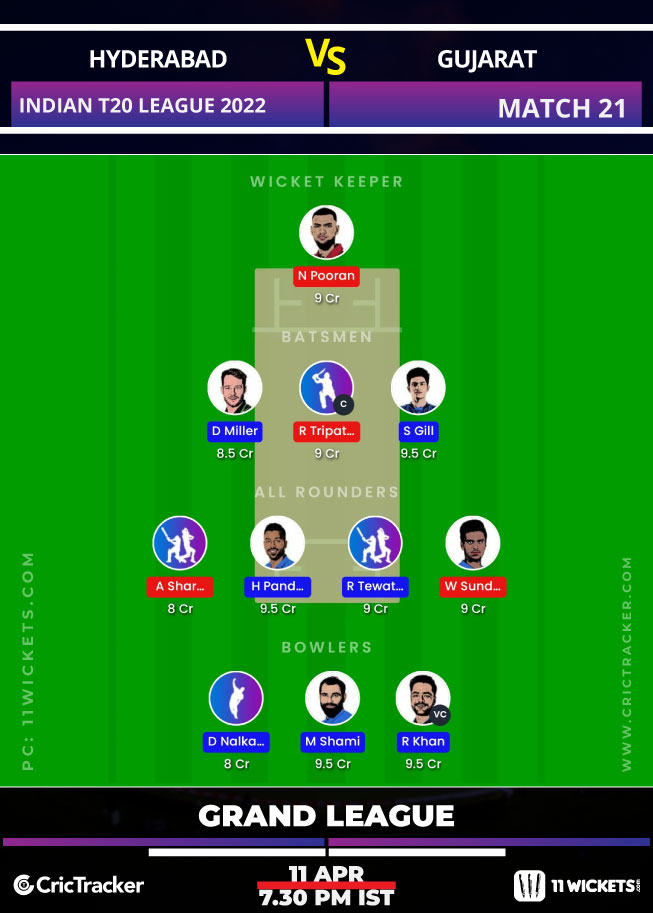 DC has faced many hurdles this season but they haven’t given...