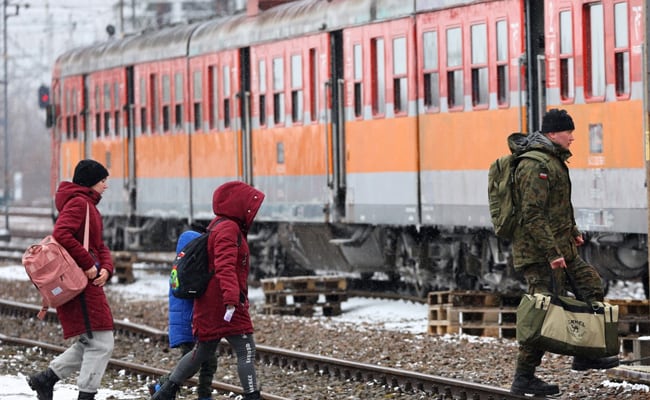 “Unfortunately, the humanitarian situation in Ukraine is deteriorating rapidly, and in some cities it has reached appalling proportions,” said Mikhail Mizintsev, the head of the Russian National Defense Control Center.

The humanitarian situation in Ukraine is deteriorating rapidly and has turned disastrous in many cities, the Russian military said on Saturday, speaking on the 17th day of Moscow’s “special military operation”.

“Unfortunately, the humanitarian situation in Ukraine is deteriorating rapidly, and in some cities it has reached appalling proportions,” said the head of the Russian National Defense Control Center, Mikhail Mizhintsev.

He accused Ukrainian “nationalists” of laying mines in residential areas and destroying major infrastructure, including roads and bridges, leaving citizens with no access to electricity, water, food and medicine.

Mizhintsev said a particularly dire humanitarian situation was developing in the southeastern port city of Mariupol, accusing Ukraine’s “nationalists” of trapping hundreds of thousands of people in the besieged city.

“Hundreds of thousands of people, including foreigners, are being forcibly taken hostage by the nationalists,” he said.

He also accused Ukraine’s military of taking hostage about 7,000 people from 16 foreign countries and the crew of more than 50 foreign ships.

Russia says Western sanctions tough, but will be able to eliminate...

European Union Is . Ukraine membership of "not for tomorrow":...