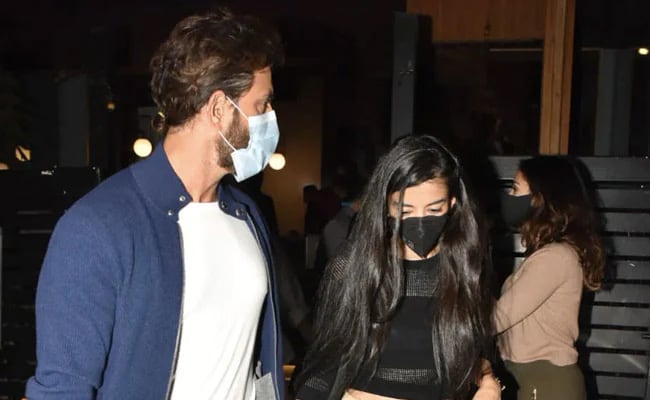 new Delhi: Hrithik Roshan and Saba Azad are in the news after the actors were seen walking hand in hand in Mumbai. The rumored couple has been having a short but sweet conversation on Instagram for the past few days. Recently, actor-singer Saba shared several pictures from a shoot on her Instagram handle and called herself “Miss Hepburn Azad” in the caption. He wrote, “You can call me Miss Hepburn Azad!! Outtake from a shoot with Feminindia where I got a chance to play Miss Hepburn for a day”.

In the photos, Saba Azad can be seen wearing a checkered black and white sleeve top paired with a black skirt. Keeping her makeup simple, she wore bangs just like the late actress Audrey Hepburn. Talking about “Born in the wrong decade”, he said, “Yeah, I was born in the wrong decade, in fact I will time travel when they figure it out!!”.

Soon after leaving the post, Hrithik Roshan was among the few celebs to comment on his post. Taking a cue from his “Time Twelve” caption, the War actor wrote, “Timeless,” with a raised hand emoticon.

This is not the first time Hrithik Roshan has commented on Saba Azad’s post. Earlier, Saba shared a video of her singing a Bengali song on her Instagram handle. Sharing the post, she penned a lengthy note that read, “I don’t have the energy to do anything other than sing being sick at home – when I was a small my parents gave me the soundtrack of the classic Ray movie cassette tape for Goopy Gayne becomes Bagha Soon after, we saw it at a festival.”

Soon after sharing the post, Hrithik was quick to react. He wrote, “extraordinary human”.

On the work front, Hrithik will next be seen in the film. Warrior, co-starring Deepika Padukone. The film is scheduled to release on the occasion of Republic Day (26 January) next year. Also, he Vikram Vedha With Saif Ali Khan in its pipeline. Anushka Sharma is an avid nature lover and these 5 PICS...