Home Bollywood News “Everyone Wants Ranbir’s Reaction” So Alia Bhatt Will Ask Him To Do... 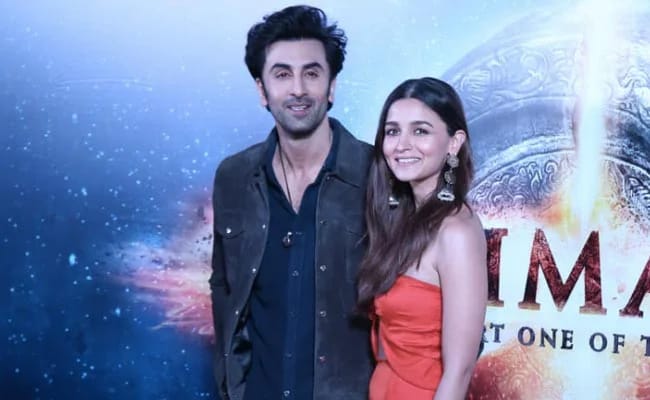 Alia Bhatt is building on the success of her latest release Gangubai Kathiawadi, Recently, during a media interaction, Alia was asked about her reaction to boyfriend Ranbir Kapoor’s film. To which Alia Bhatt replied, “He has seen it. Everyone needs Ranbir’s response (Everyone wants Ranbir’s reaction). Unfortunately, he is not on social media, so cannot speak about his reaction. I am going to try to convince him to give me bytes for my film. so that you can get the answer. How can I react to them?” India Today quoted Alia as saying.

Ranbir Kapoor may be a social media recluse but that doesn’t stop him from cheering for Alia Bhatt. Ranbir did this work after the trailer release of the film Gangubai Kathiawadi-style backward namaste pose during a session with the paparazzi. Later, Alia Bhatt posted a collage of herself and Ranbir Kapoor on her Instagram story and she wrote: “Best boyfriend ever.”

Alia Bhatt and Ranbir Kapoor reportedly started dating in 2018 and made their first public appearance together at Sonam Kapoor’s wedding reception in the same year. Both the actors have often been seen together and with each other’s family. Alia Bhatt recently said during a conversation with UttarPradeshLive.Com, “In my mind I am married to Ranbir, in fact, I have been married to Ranbir for a long time.”

Ranbir Kapoor confirmed his relationship with Alia Bhatt in an interview in 2020, where he referred to her as his “girlfriend” and said that if it were not for the pandemic, they would have got married. Choreographer Sienna Lalau praises the band members; Say, ‘When they...

Archana will leave the show after Navjot Singh Sidhu’s memes; ...