Ukraine war: At least 300,000 Ukrainian refugees have entered the EU so far, and the bloc needs to prepare millions more, officials said. 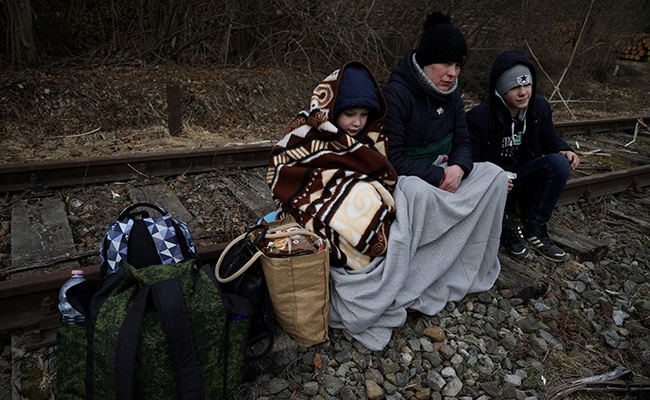 The European Union is preparing to give war-ravaged Ukrainians the right to live and work in the 27-nation bloc for three years, with EU and French officials thanking volunteers at the borders to help those who arrived.

At least 300,000 Ukrainian refugees have entered the EU so far, and the bloc needs to prepare millions more, he said. EU members Poland, Romania, Slovakia and Hungary share land borders with Ukraine.

“It is our duty to take those fleeing the war,” French Interior Minister Gerald Darmainin told France 2 TV on Monday, with the EU Interior Minister tasked on Sunday with the European Commission to prepare a draft proposal to provide them with protection Was.”

The ministers will meet again on Thursday to agree on the details.

The European Union’s Temporary Protection Directive, drafted after the 1990 war in the Balkans, but never used until now, is at the same level for one to three years in all EU states, including residence permits, access to employment, provides security. Social welfare and medical treatment.

EU Home Affairs Commissioner Ylva Johansson said on Monday during a visit to the border crossing between Romania and Ukraine, the EU will help member states bordering Ukraine deal with the influx of arrivals.

Local volunteers and officials were helping Ukrainians, “showing solidarity in practice, showing that we (Russian President Vladimir) are based on values ​​other than those of Putin and that we are practicing these values,” he said. said.

Johansson insisted on Sunday that the exodus of Ukrainians belonged to all factions, with many wars already escalating from countries bordering the European Union to countries that also have large Ukrainian communities, including Italy, Spain and Germany.

Citing UN estimates, the European Commissioner for Humanitarian Aid and Crisis Management, Janez Lenarcic, has said that four million Ukrainians were expected to flee the country as refugees, many of whom were displaced within Ukraine.

Men of enlisted age have been barred from leaving Ukraine, mostly women and children arriving at the border in eastern Poland, Slovakia and Hungary and northern and northeastern Romania.

German Interior Minister Nancy Fesser said on Sunday that “all member states of Ukraine are ready to accept refugees from Ukraine.”

“This is a strong response by Europe to the terrible suffering that Putin has suffered with his war of criminal aggression: together, we stand in solidarity with the people of Ukraine.”