Home Bollywood News Dil Dhadakne Do, Kapoor & Sons and more movies that you can... 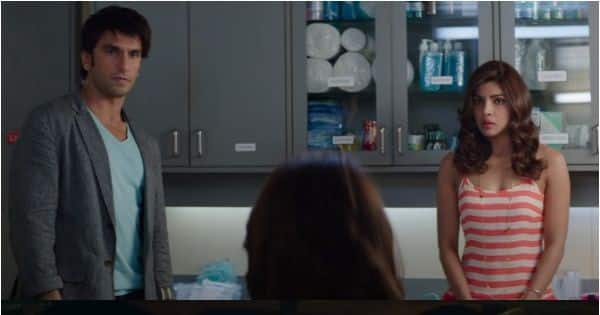 Siblings Day 2022 is on 10th April. So, of course, spending time with their siblings would be a priority this weekend, and while many would plan to go out with their siblings, many would prefer to sit at home and spend time with their brother or sister. Will spend good time with sister. Watching a movie with your sibling will surely be a perfect choice for this siblings day. So, if you are wondering what to look for, don’t worry, we are here to help you. Below is the list of movies that you can watch with your siblings during Siblings Day 2022 weekend… Also Read – BTS: Taehyung, Jungkook and J-Hope visit Las Vegas as it turns purple before their concert – See Breathtaking Photos

Dil Dhadakne Do (Netflix)
Dil Dhadakne Do starring Anil Kapoor, Shefali Shah, Ranveer Singh, Priyanka Chopra and Anushka Sharma is one of the best family dramas ever made in Bollywood. Ranveer and Priyanka played siblings in the film, their characters sharing a great rapport with each other. Also Read – Pushpa Star Allu Arjun Shares A Glimpse Of His Birthday Celebrations; David Warner calls him a ‘Legend’ [VIEW PIC]

Kapoor & Sons (Netflix)
Fawad Khan and Sidharth Malhotra played brothers in the film. Due to a misunderstanding in the film, there is always a sour between the two. But, we liked the scenes where the two bond with each other. Also Read – Tejasswi looks beautiful in a light green sari spotted with boyfriend Karan Kundrra – see pics

Iqbal (Zee5)
Iqbal revolves around a deaf-mute man who dreams of playing for the Indian cricket team. His biggest support is his younger sister who stands by him in every difficult time. The performances of Shreyas Talpade and Shweta Basu Prasad were highly appreciated in this.

Karan Arjun (Zee5)
If you want to watch a hardcore masala entertainer about brotherhood, then Shah Rukh Khan and Salman Khan starrer Karan Arjun is the perfect choice for you. It is streaming on Zee5.

Amazon Sale: Top 7 Coolers You Must Have This Summer

Tom Cruise attends the film festival for the first time in...

What happened for Kartik Aaryan on the first day of promotions?