Ukraine’s President Volodymyr Zelensky urged the European Union to grant his country “immediate” membership, as Russia’s offensive against the western country moves into its fifth day. 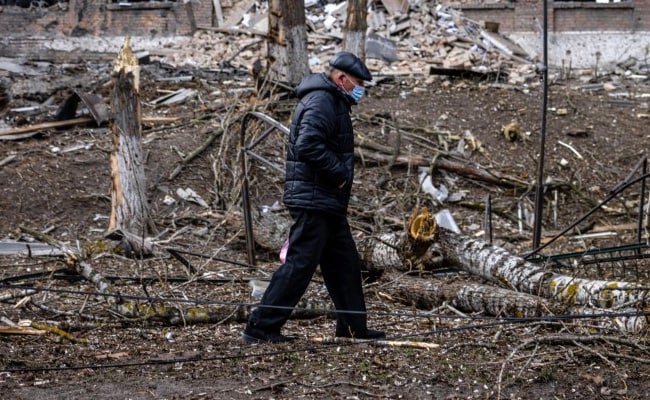 Russia’s offensive against Ukraine has entered its fifth day.

European Union’s top official Charles Michel said on Monday that there was disagreement among 27 member states over extending the bloc, as Kyiv appealed for membership in the face of Russian aggression.

“There are differing opinions and sensitivities within the EU on the extension,” said European Council President Charles Michel.

He said Kyiv would have to submit an official request to join before member states – which would have to unanimously approve membership – could come up with a position.

Ukraine’s President Volodymyr Zelensky on Monday urged the European Union to grant his country “immediate” membership, as Russia’s offensive against the western country went into its fifth day.

“We appeal to the EU for the immediate accession of Ukraine through a new special process,” the 44-year-old leader said in a new video address.

Ukraine’s Prime Minister Denis Shyagal tweeted that “the time has come to put this on paper. Ukraine is applying for EU membership through a special process.”

EU foreign policy chief Josep Borrell said on Monday that any bid for membership could take “many years”.

European Commission chief Ursula von der Leyen raised hopes of Ukraine’s faster membership on Sunday when she told Euronews in an interview: “They are one of us and we want to include them.”

But von der Leyen’s spokesman, Eric Mammer, told reporters on Monday that the head of the EU meant Ukraine “is a European country and we want them, which means Europe in general”.

He added: “He then also specified that there is a process (to join the EU). And I think that’s the important point.”

In A First, Russia Admits Casualties Among Forces Invading Ukraine