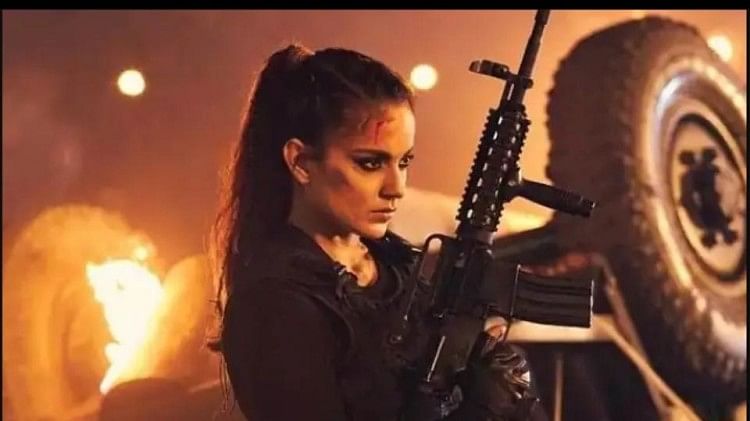 There is a very good news for the fans of Bollywood Queen Kangana Ranaut. The teaser of Kangana’s upcoming film ‘Dhaakad’ has been released. Kangana is all set to win the hearts of the audience with this film. Kangana will be seen in seven different forms in this film. Kangana’s fighter form is being seen in the released teaser.

The teaser begins with Kangana in a dark room. It is only after this that the fight sequence starts in the film, in which Kangana’s Dhansu avatar is being seen. She is playing a character named ‘Agni’, who is a spy agent. In the teaser, Kangana is shown doing several fight scenes. She is seen fighting the enemies wearing combat attire. In this teaser, Kangana is showing a different style between guns and bloodshed, which is going to be liked by the people. In the middle of the teaser comes the writing, “Why should the boys have all the fun?”

‘Dhaakad’ is an action film, directed by Rajneesh Raji Ghai. Seeing the teaser, it is clear that tremendous stunts and action sequences are going to be seen in the film. Apart from Kangana, Arjun Rampal and Divya Dutta will also be seen in important roles in this film. But no glimpse of him is shown in it.

This super action film of Kangana was earlier scheduled to release in theaters on 27 May 2022 but suddenly its release date has been changed. Now this film will be released on May 20. That is, the fans will no longer have to wait much for this film. Kangana Ranaut made a shocking revelation after being banned by the...