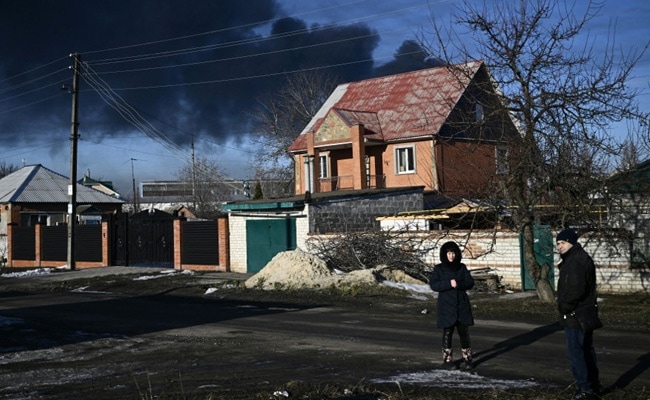 “Today, we are announcing a ban on all imports of crude oil from Russia, an industry that has benefited President Putin,” Trudeau said.

He said Ottawa would also supply anti-tank weapons and ammunition to Ukraine in addition to the last three weapons shipments.

“Today, we are announcing a ban on all imports of crude from Russia, an industry that has greatly benefited President Putin and his oligarchs,” Trudeau told a news conference.

“And while Canada has imported very small amounts in recent years, this measure sends a powerful message,” he said.

Canada, with the world’s fourth largest reserves, is a net oil exporter, but still imports significant amounts for domestic consumption from countries including the United States and Saudi Arabia, and more recently Russia.

Canada’s oil imports from Russia fell by more than 17,000 barrels in 2019 to nearly zero the following year, according to government and industry data.

Trudeau noted that Russian oil sales account for about a third of Moscow’s government revenue.

Trudeau said, ‘Our message is clear. “This unnecessary war must stop now. The costs will only intensify. And those responsible will be held accountable.”

“We’ve seen over the past few days that Putin made a serious miscalculation. He thought Ukraine would be easy to win… He thought the West would be divided and uncertain in its response,” he said. “He was very wrong on both counts.”

Defense Minister Anita Anand said 100 Carl Gustaf anti-tank weapons and 2,000 rockets on the shoulder would be delivered to Ukraine “as soon as possible in the coming days”.

Putin laid out his terms on Monday for halting Ukraine’s invasion, as sanctions continued to rain on Russia and Western countries warned that more could still be imposed.

12 Russian UN diplomats expelled from US over Ukraine crisis: Official

US to send long-range anti-aircraft system to Ukraine