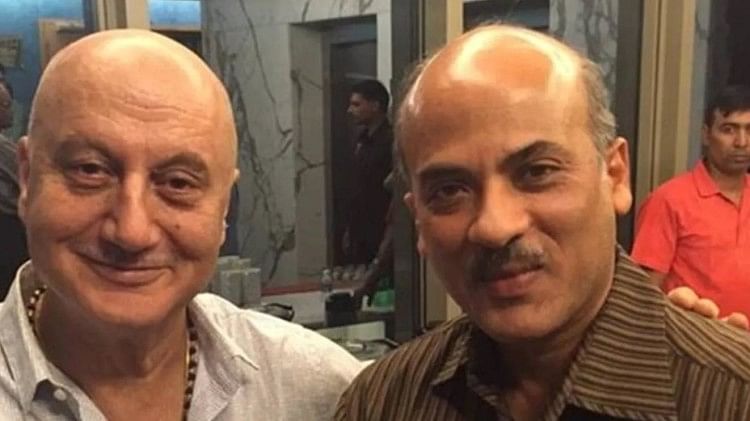 After the tremendous success of The Kashmir Files, actor Anupam Kher will soon be seen in Sooraj Barjatya’s Uthai. He shared a video from the sets of the film on Tuesday. While sharing the video, he has remembered the old days. He told that when he was doing his first film Saaransh, Sooraj used to work as an assistant and clap boy on the sets. In the clip shared by Anupam, he is seen holding a clapper board of height.

Sharing the video, Anupam wrote in the caption, ‘Sooraj Barjatya was associated with the film as an assistant and clapper boy during the shooting of my first film, Saransh. Now that he is directing the magnum opus Alathi, I enjoy doing the same thing.’ Fans’ reactions are also coming on this post of Anupam. One fan commented, ‘Your sense of humour is amazing,’ another said, ‘You are so funny.’ While one wrote with a laughing emoji, ‘What sir.’

Let us inform that Anupam made his Bollywood debut in the year 1984 with Mahesh Bhatt’s film Saransh. In the film, he played the role of a retired middle-class teacher. The film also starred actresses Rohini Hattangadi, Madan Jain, Neelu Phule, Suhas Bhalekar and Soni Razdan. The film was produced by Sooraj’s grandfather Tarachand Barjatya. Significantly, Anupam’s last film The Kashmir Files has broken many records at the box office. The film was directed by Vivek Agnihotri. The film recently crossed the 250 crore mark at the domestic box office.

The film is based on the exodus of Kashmiri Pandits from the Kashmir Valley in the early 1990s and was made on a budget of just 15 crores. Talking about Anupam’s upcoming film, Sooraj Barjatya is directing the film Uthai. The film will be based on friendship. Prior to this, Anupam has worked with Sooraj in many films like Hum Aapke Hain Koun..!, Vivah and Prem Ratan Dhan Payo. Apart from Anupam, Parineeti Chopra, Boman Irani, Amitabh Bachchan, Neena Gupta, Sarika and Danny Denzongpa will also be seen in Height.

Ott: These 10 films of Rajshree have all the lessons of...

Photos: Anupam Kher met PM Modi and presented him with a...