The upcoming joint production by Bhushan Kumar, Krishan Kumar, Harman Baweja and Vicky Bahri, honeymoon goes on the floor today. Starring Gippy Grewal and Jasmin Bhasin is a Punjabi novel written by Naresh Kathooria and directed by Amarpreet GS Chhabra. Today the honeymoon shoots start in Punjab and the makers are giving the audience a little foretaste by sharing pictures of the sets where Gippy Grewal, Jasmin Bhasin, director Amarpreet GS Chhabra and producer Vicky Bahri have a clapper board with the inscription “Muhurat” keep. Sure to tickle your funny bones with the taste of drama, honeymoon revolves around the story of the newly married couple Deep & Sukh who want to spend their honeymoon. But Deep’s naive and extended family, fortunately unaware of what a honeymoon actually entails, accompanies the newlyweds as they have never left their village. And so begins a great ride by 16 people traveling together into the honeymoon, which is only intended for the lovebirds. 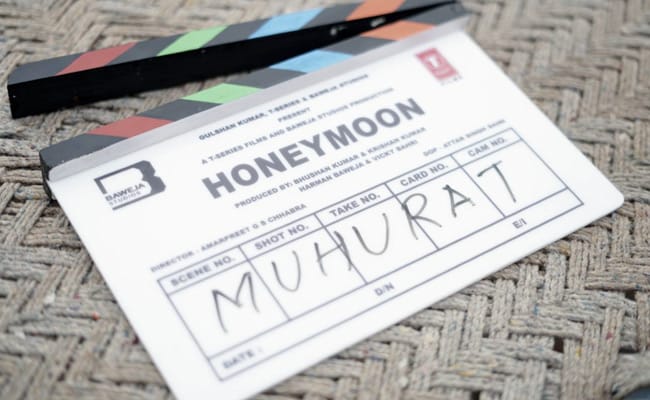 (Other than the headline, this story was not edited by NDTV staff and was published out of a press release.)