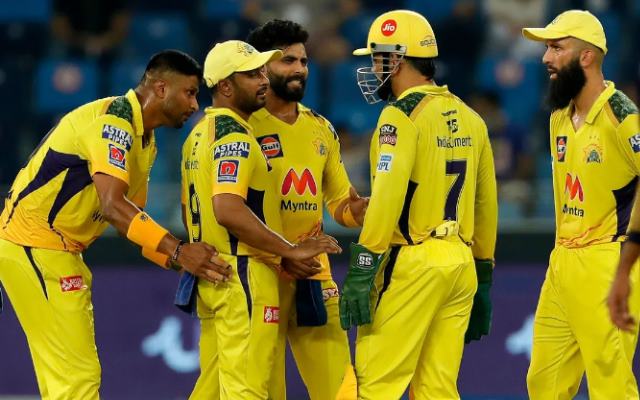 BCCI has been suggested for a new IPL media rights deal

IPL 2022 Will start on 26th March. After making some smart and important purchases in two days mega auction In Bengaluru last month, all 10 participating franchises have revamped their respective squads to prepare for the upcoming tournament. Chennai Super Kings is the defending champion.

As excitement builds up for the 15th edition of the marquee tournament, it is reported that a suggestion has been made to the Board of Control for Cricket in India (BCCI) for a new media rights deal by considering several broadcasters. This move is set to increase the viewership of the gala T20 competition to a great extent.

According to Cricbuzz, “The new media rights tender for IPL could have a collection of bundles that would ensure participation of multiple broadcasters. This is clearly a suggestion given to the BCCI. A top executive of a media selling company quoted by Cricbuzz said, “We will have to wait for the ITT (Invitation to Tender) document to see if it has been implemented.”

The report further suggested that one of the strategies of the National Cricket Board is to create a non-exclusive category. Further, it is also mentioned that the feature of tender will expire within the next fortnight. The move would allow multiple television stations to broadcast the same game simultaneously. Thus, it could drive the expected revenue unprecedentedly, which is estimated to be above INR 30,000 crores with the likes of Star, Sony, Amazon and Reliance enjoying a lion’s share in the Indian Premier League.

Coming back to IPL 2022, a total of 70 matches will be played in IPL 2022, with 55 in Mumbai and 15 in Pune at four venues- Wankhede Stadium, Brabourne, DY Patil and Maharashtra Cricket Association (MCA) respectively. The full schedule of the competition has not been announced yet.

Amid concerns over COVID-19, it was speculated that matches could take place behind closed doors. However, on 28 February it was confirmed that the Maharashtra government would allow 25 per cent viewership for IPL 2022.

Middlesex chased 370 in 74 overs to register memorable win over...