Episode starts with Anand saying I don’t know if I should be happy or worried, we are back to square. She asks him to leave and does not spoil his mood. He says ok sorry, I will think of my three wishes. He asks her to share his dark chocolate brownie. She says no, I don’t like it, it is late, you should go home. He says it is not fair, you promised that you will fulfill my wish. He says ok, tomorrow you have to share this with me. he goes. She laughs. Jigar comes home. Pinku says you had a date today, how was it, I thank Anandi a lot. Jigar says girl was mad, planning family with me. Pinku says there are a lot of girls, don’t worry. Anandi calls Jigar and asks why did you reject that girl, what happened.

Jigar says she was not my type. She asks what is your type. He says sorry, I will be careful next time, bye. She says I hope Anandi is wrong about you. She posts on her social handle. Its morning, Jigar comes to meet Anandi. He thanks her. He said Happy Women’s Day. She says thanks. He says thank you for making me a good person, earlier everyone hated me, I have changed because of you. She says it is so cute, we have moved on, give yourself second chance like I did. He says I am trying, what is the plan tonight after work, treatment is on me. She says some other day, I have a lot of work to complete an order tonight, did you bring lily for me, why didn’t you give it. He says it was not fresh, so thought to avoid. She asks if there is anything you need to share, I will always be there as a friend and colleague. He shakes his head and leaves.

Anand asks Diya to come to office. Diya says thanks, I will go alone. Bhairavi says you know he has gone through a lot, it is not easy for him to accept the past. Pleasure goes. Bhairavi asks why are you so upset, it’s been two years now, it’s difficult for her to untie the knot, if you can’t help her, well, don’t hurt her any more. She goes. Anand says I have to move towards my future. Varun calls Anandi and says don’t feel like coming to office today, we will meet in the evening, I have also invited some guests. She says we will try to convince Bhairavi. He thanks her. Anand shows the technical plan.

He gives her chocolate brownies. He says I will not let you break the promise of three wishes. He feeds her. They have a moment. They get closer. Jigar calls her out and comes. Anandi pushes Anand. She says Anand was showing me technical things. Jigar asks Anand to come. Anand asks Anandi to finish the brownie. he goes.

Anand asks Jigar to knock and enter someone’s cabin next time. Jigar says I know, my bad, I will remember. Anand says sorry for your date, do you have someone to accompany you in the party, I don’t want you to get bored, Anandi will come with me. Jigar says she will organize party, she will continue to work, she will not be able to leave work, you don’t know her, I suggest, don’t keep your hopes high, party is not happening. he goes. Anand asks Anandi to get ready for the party. She says my work is not done, I have to fulfill my responsibilities. He says that we should celebrate our success with others. She says yes, fine, I will come after finishing this work. He says you think this is my second wish. She says okay I grant you, you have to convince Bhairavi to come, she deserves a chance, she should not punish herself. Diya overhears the girls talking about Anand and Anandi. She asks Raju if he is not going to the party. Raju says no, I am going home to spend time with Muttu, I think parties are fake. She says that one likes parties, but doesn’t know whether she is happy or not. He says tell her that happiness comes with family.

Anand comes to Bhairavi. She asks him to come to the party. She says this session is short for me. He asks can you not go there later, you please come back to us, spiritual world is fine but don’t torture yourself, I want to see you happy, please come for me or for Anandi, say yes , she will be happy. She says I don’t know what to wear. He says love you mom, I will see you. he goes. Anandi gets a dress gifted by Anand. She reads Anand’s note. She laughs. 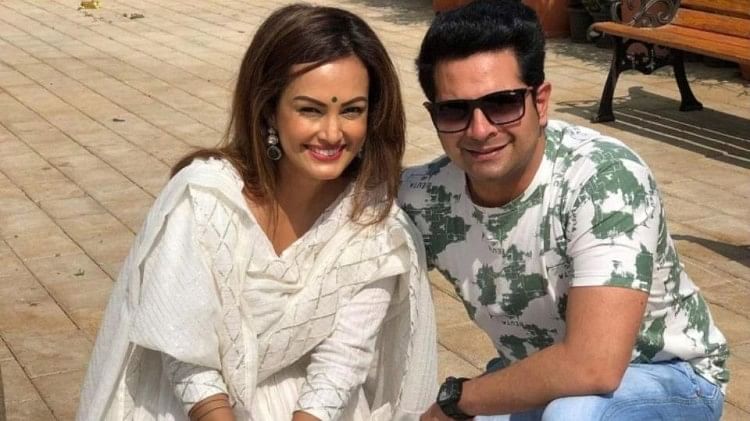