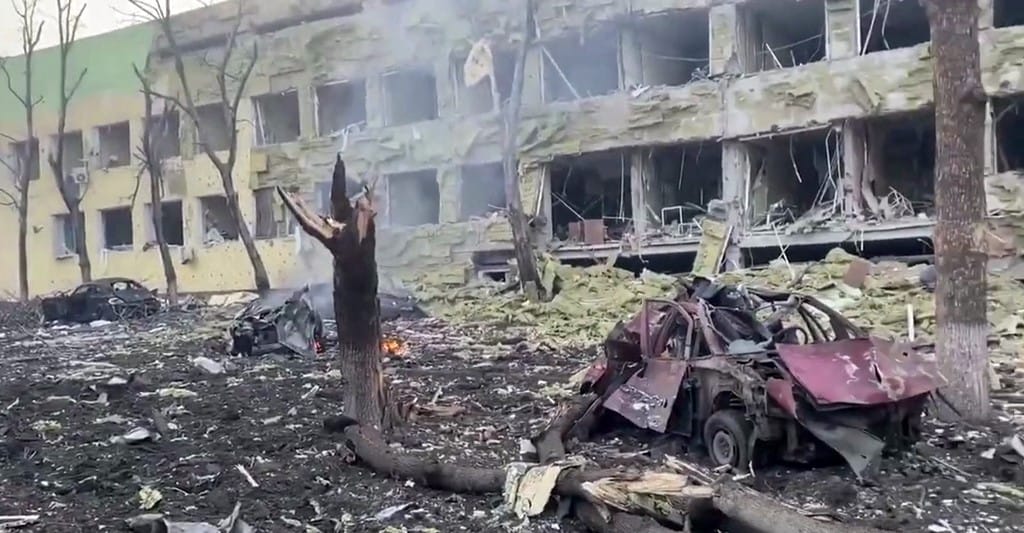 France and Germany on Saturday urged Russia’s Vladimir Putin to end the deadly day-long siege of the Ukrainian port city of Mariupol, the French president said after three-way talks.

A source in the Elysee Presidential Palace called the “situation very difficult and humanly unbearable” in Mariupol, calling it “very frank and difficult discussions” with the Russian leader.

“President Putin must make the sole decision to lift the siege.”

Sources in the offices of French and German leaders said the 75-minute three-way phone call with Macron, Russian leader and German Chancellor Olaf Scholz focused on France and Germany taking steps towards an immediate ceasefire and diplomatic solution.

Macron told Putin “the abuses of the Russian military must stop”, warning the source that its action could qualify as a war crime.

He said the two leaders spoke separately before the call with Ukrainian President Volodymyr Zelensky, who asked him to call on Putin to stop fighting.

Russian forces are closing in on the Ukrainian capital Kyiv and bombing several other cities. The offensive has driven millions of Ukrainians out of their homes.

Zelensky also asked the leaders to help in the release of the mayor of the city of Melitpol, whom he said had been kidnapped by the Russian military.

“We are applying maximum pressure and we will not give up,” said the French president.

It said Macron “demanded very strongly that (Russia) end the conflict as soon as possible to avoid the worst, including resorting to illegal weapons or destroying cities”, it added.

US President Joe Biden vowed on Friday that Russia would pay a “serious price” if it used chemical weapons in Ukraine.

Macron has played a leading role in trying to engage with Putin on Russia’s invasion.

Elysee says he has had nine talks with the Russian leader since meeting him in the Kremlin on February 7. Russia invaded Ukraine on 24 February.