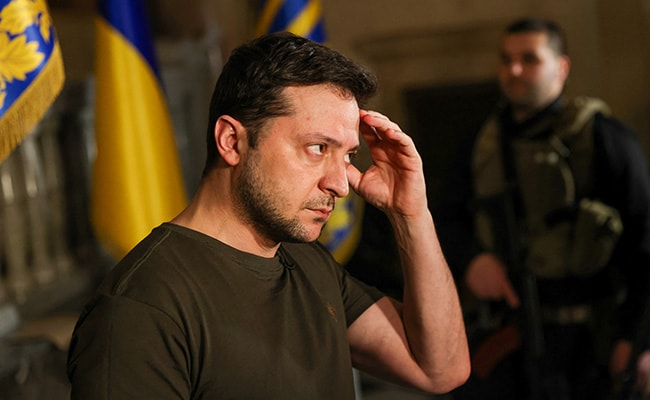 Russo-Ukraine War: Mayor Ivan Fedorov was captured by Russian troops in Melitopol on Friday, according to Ukraine’s president and parliament.

Ukraine’s President Volodymyr Zelensky on Saturday asked the leaders of France and Germany to help secure the release of the mayor of Melitopol, who Kyiv says was abducted by attacking Russian forces.

“During the night and today we are talking to our colleagues about the situation with our mayor. Our demand is clear: he should be released immediately … I have already called (German) Chancellor Olaf Scholz . I have spoken to (French). President Emmanuel Macron… I will talk to all the people necessary to get our people released.”

“We expect world leaders to show us how they can influence the situation.”

According to the Ukrainian president and parliament, Mayor Ivan Fedorov was kidnapped on Friday by Russian troops occupying Melitopol, a city in southern Ukraine halfway between Mariupol and Kherson, because he ” had refused to cooperate with the enemy.”

According to the Ukrainian parliament, the mayor was arrested while dealing with supply issues in the city’s crisis center.

Zelensky said 2,000 Ukrainians demonstrated on Saturday in Melitopol against the Russian aggression and demanded the release of their mayor.

“Did you hear, Moscow? If 2,000 people demonstrate in Melitopol against the occupation, how many people are against the war in Moscow?” He said in his video.

Before the Russian invasion began on February 24, Melitopol had a population of just over 150,000.

500 more US troops to be deployed in Poland, Romania, Germany,...