Home Bollywood News Alia Bhatt reacts to the promotion of her wedding with Ranbir Kapoor... 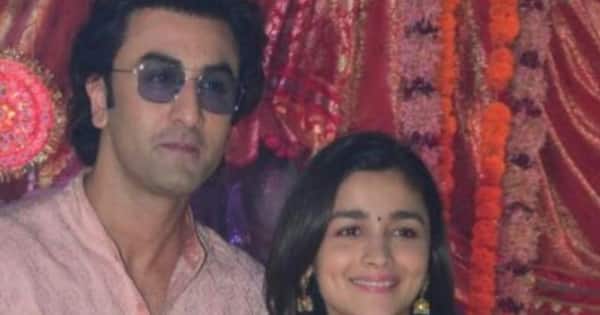 Only a few days are left for the grand wedding of Alia Bhatt and Ranbir Kapoor. Big Fat Indian Wedding will start from 13th April. The Brahmastra duo will tie the knot on 17th April 2022 at RK Studios, which is adorned with lights. Both the lovebirds remained silent on their wedding planning and diet. However, Alia finally reacted to the marriage discussion. Youtuber BeYouNick shared a hilarious reel video on Alia and Ranbir’s wedding and the Darlings actress couldn’t help but react to it. Also Read – Alia Bhatt’s Onscreen Father Shiv Kumar Subramaniam Dies From 2 States; Hansal Mehta and others condoled

The video shows BeYouNick running and crying on the streets. He is seen chasing a car which has a banner of ‘Alia Weds Ranbir’ on the boot of the car. “Me on April 17th,” BeYouNick captioned the post and dropped a heartbreaking emoticon along with it. Alia could not stop herself from reacting to this. She commented on his post saying “dead” with a laughing emoticon. BeYouNick replied, “@aliaabhatt so am I on the inside.” Watch the hilarious video on Ranbir Kapoor-Alia Bhatt’s wedding by BeYouNick here: Also Read – Ranbir Kapoor-Alia Bhatt wedding: From not marrying him to flirting with him 11 – 5 times the Gangubai Kathiawadi actress opened up about her future husband 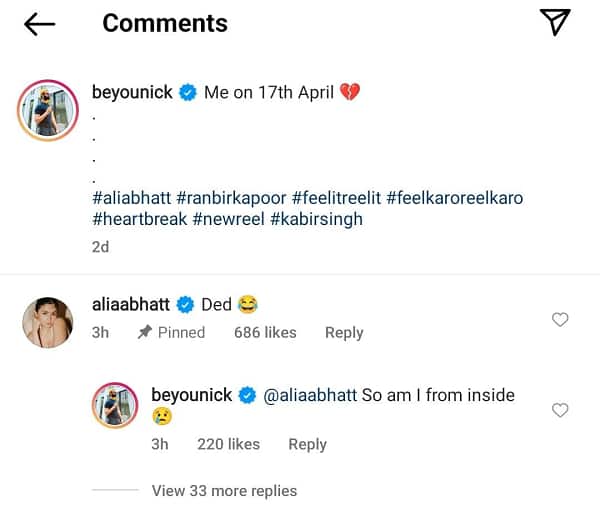 Meanwhile, Ranbir and Alia are expected to make a formal announcement of the wedding soon. Unlike Vicky Kaushal and Katrina Kaif, the two won’t keep it quiet. An insider told BollywoodLife, “Alia and Ranbir have always been vocal about their love and relationship. Then why won’t they talk about their marriage? The IT couple of Bollywood will announce their wedding in a few days. Ranbir himself told the media that he and Alia are all intent on getting married soon. He has not made any official announcement as he is extremely busy with his preparations. Both Ranbir and Alia have fulfilled all their professional commitments and presently. I have engrossed myself in the preparations. Just a week is left.”

Meanwhile, reports have it that Ranbir will choose Manish Malhotra’s outfit while Alia Bhatt will accompany Sabyasachi for his D-Day!