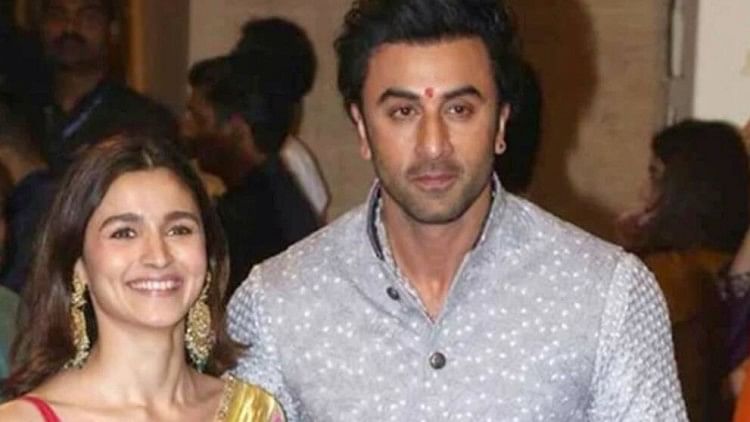 Alia Bhatt and Ranbir Kapoor are all set to tie the knot after dating each other for a long time. Both will take seven rounds from April 14 to April 17. Alia and Ranbir want to keep their marriage private and for this reason, the date of marriage has not been confirmed by their families till now. But in the meantime, many information related to the marriage of both have been revealed in the media reports. At the same time, now the information related to the ritual of shoe theft at the wedding has come to the fore. Ranbir Kapoor has already fixed a good budget for this ceremony. Let us tell you about it.

The ritual of stealing shoes is very special for the sisters of the bride in weddings and the same is going to happen in Alia Bhatt’s wedding as well. For Alia’s sisters, Ranbir Kapoor has already decided to give an omen for stealing shoes. According to the report, Ranbir Kapoor has set a budget of Rs 1 lakh just for the shoe stole. There is also news that the sangeet ceremony at Ranbir Kapoor and Alia Bhatt’s wedding will not be very grand, but they will enjoy it by dancing to some songs only in the Mehndi function.

Alia-Ranbir’s marriage will be very simple

Alia Bhatt and Ranbir Kapoor have made all the preparations to keep their marriage private. In the midst of all this, the rituals related to the marriage of both will also be done in a very simple manner. According to reports, Alia has not hired any celebrity mehndi artists and photographers for her wedding. Most of the work of marriage has been given to those people who do not have experience of celebrity marriage.

Only close people are attending Alia and Ranbir’s wedding. The actress’s half-brother Rahul Bhatt shared information related to the guests attending the wedding. Rahul told that only 28 guests will come to the wedding of both the actors. Most of these people will be family members and special friends. According to the information, this couple is going to take seven rounds at RK House in Mumbai.

This will be the theme of Alia-Ranbir’s wedding

According to media reports, the wedding ceremony will be held from April 14 to 17. At the same time, after the wedding in a private ceremony, the star couple will also host a grand reception for their friends from the industry on April 19. The theme of Ranbir and Alia’s wedding has been kept pastel. Along with this, the couple will be seen in clothes designed by famous designer Sabyasachi.