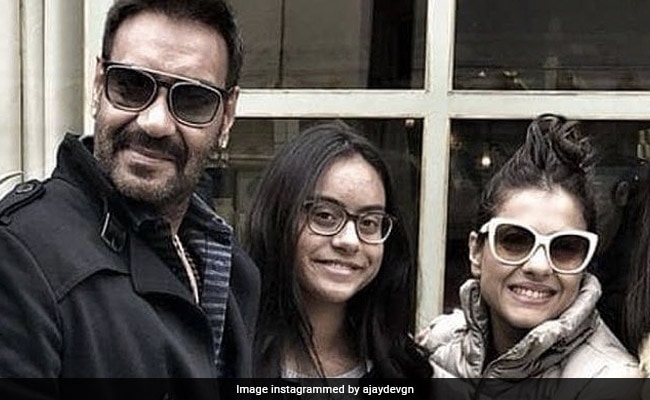 International Women’s Day is here. While we all celebrate this day in our own unique way, Bollywood celebrities are also wishing special women in their lives. Ajay Devgn dedicated a heartwarming post to his mother Veena, wife Kajol, daughter Nyasa and sisters Kavita and Neelam. This post of her is now making a splash on the internet and we are not surprised at all. The actor shared a post where he identified himself based on his relationships with five women who shaped him “in the most wonderful way”.

In the video that Ajay posted, he cut out his name “Ajay Devgan” and wrote under it – “Veena’s son”, “Kavita and Neelam’s brother”, “Kajol’s husband” and “Nyasa’s father”. Expressing gratitude, the actor wrote, “Thank you all for shaping me in the most wonderful way possible” and added “International Women’s Day” as a hashtag.

We have seen in the past how, time and again, Ajay Devgn took time out of his busy schedule to spend with his family. Recently, he celebrated Kajol’s sister Tanisha Mukherjee’s birthday. Kajol shared a picture from the ceremony, featuring Tanisha herself, her mother Tanuja, Ajay Devgn and the couple’s son Yug.

Ajay Devgn and Kajol celebrated their wedding anniversary last month. But two days before the special day, Ajay shared a meme and left us in splits. Apparently, he is struggling to remember the date of his anniversary. Sharing a photo, he captioned, “22…23 February 1999?” He attached Kajol’s picture to the collage and captioned it, “24 February 1999”. This situation happened in real life when the power couple appeared in Karan Johar’s talk show. Koffee With Karan 6, The actor wrote on the post, “Reminder”. Kajol and Karan Johar, Friends Again, had a special moment at...